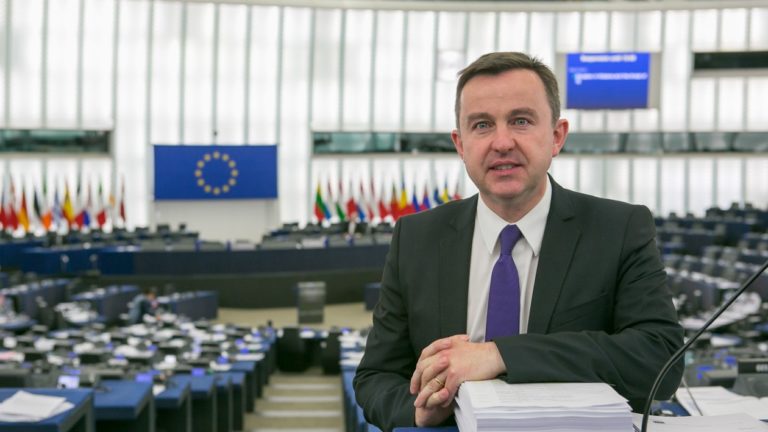 Brian Hayes MEP, on 6th April 2018, published a draft European Parliament report on the EU’s relationship with third countries in the area of financial services.

“As rapporteur for the European Parliament report on the EU’s equivalence regime, the time is right to completely reform our equivalence rules, particularly in light of Brexit.

“The EU’s equivalence regime allows for third country financial institutions to have limited access to the EU single market to sell non-EU products and services. However, the EU equivalence regime, in its current format is piecemeal and is in no way comparable to passporting rights.

“If the UK is realistically planning to rely on equivalence as the platform for post-Brexit single market access for the City of London, then we will have serious problems for financial services cooperation between the UK and the rest of the EU. It is a very limited form of access.

“This is particularly important for Ireland given how interconnected the IFSC is with the City of London. We want to protect these financial links but equivalence is not the best way to do that. There needs to be a standalone financial services agreement between the EU and the UK.

“At the same time, the EU’s equivalence regime at the moment is not fit for purpose. There is no consistency on equivalence as it is decided on a case-by-case basis according to each EU legislative act.

“In this draft report, I have called for the European Commission to adopt a legislative act which sets out a framework for the transparent, coherent and consistent application of equivalence procedures.

“We also need to have ongoing monitoring of third country regimes to ensure that they are adhering to EU legislation. At the moment, after an equivalence decision is taken there is no real follow up or monitoring process done by the EU institutions.

“The report will be negotiated over the next two months and will be voted on by all MEPs in September, in advance of the Brexit agreement.”