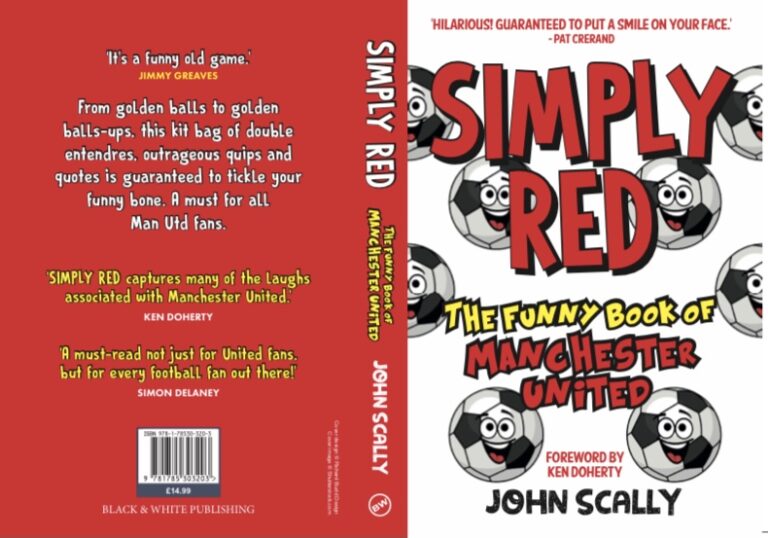 In 1990 Nelson Mandela caused traffic chaos during his visit to receive the freedom of the city of Dublin. Huge crowds flocked to see him because they had all heard about this man who has been locked away for 26 years, and then suddenly he appeared. As they waited for him to appear at the public event tens of thousands of people chanted in unison: ‘Oh-ah Paul McGrath’s da.’

Paul McGrath’s story is the stuff of movies. Born in Ealing, west London in 1959, the future Black Pearl of Inchicore was brought to Monkstown, Dublin where his mother placed him in an orphanage when he was only two months. He lived in the main in residential care until he was sixteen. He left the orphanage at the age of 17 and struggled to adjust. In his teens he found his world dissolving beneath his feet and suffered two nervous breakdowns. He would discover the alternative Ireland. This is the socio-economic underworld where there are drugs, crime, unemployment and broken homes.

It is still difficult for him to talk about it. He is taciturn, even reticent. He averts his eyes from mine and gives the impression of one who is confounded to find himself the centre of attention. Although he has so many reasons for arrogance he is the personification of modesty – the sort of man you want to instinctively protect. He speaks in a self-deprecatory and half-apologetic way.

‘It was a funny time. I started to play for Dalkey United and things were going well on the pitch. We went on a tour of Germany. Things weren’t so hot outside football though. I was out in the real world for the first time and it was harder than I had expected. There was nobody there to pick up the pieces when I slipped up. I was not trained to fend for myself. It was not the best training for life.’

He fights manfully to disguise his annoyance with any show of weakness. In deep despair and despondency he was assured that to endure the present hardship was to enjoy later pleasures. He became one of the shining lights of those from humble origins, one of the very few men who had broken free of the usual constrictions and who had sought the rewarding adventures of the new life. He was about to break free from the rhymes, rhythms and riddles of his forebears and be transformed to greater heights thanks to the help of people like Frank Mullen and Tommy Cullen.

He came under the eye of Charlie Walker and was signed by Saint Patrick’s Athletic. McGrath’s unique talents as a football player persuaded Manchester United to part with £30,000 for his signature. He was on his way to Old Trafford having secretly nursed an ambition to perform on the highest stage plus additional payments for international and first-team appearances. The package also included a friendly between Pat’s and United. Ron Atkinson described the deal as an ‘absolute bargain’. Then came some of the happiest memories of his life; memories which have now dimmed the nightmare of those teenage years.

As we spoke an autograph hunter competed for his attention. She was a petit, slim woman with curly red hair almost concealed by her woollen cap. Diplomatically Paul did the needful without eating into my time.

As I sit down he looked me steadfastly in the eye. His own eyes are soft and kind and so being stared at was not threatening for a stranger like myself. Yet he had a disconcerting habit of looking deep into your eyes and then into some unseen mystical place.

He spoke deliberately, thoughtfully, using his hands to help find and deliver the right words. His little asides were intimate, wry, and chatty by turns.

As we talked, two young children burst into the room unannounced to say hello to their hero. His eyes lit up when he saw them. On moments like those when he felt totally relaxed he was much, much funnier than his grave, intense facial expression suggested. At times his customary shy smile gave away to a delightful grin.

I have often tried to put my finger on why this soft spoken man made such a lasting impression on me but I can’t.

McGrath’s Irish teammate Liam Brady was not the most popular Celtic manager with the fans of all time. However, Manchester City fans appear to hold him in higher esteem as their parody of Oasis’s hit single Wonderwall indicates when Alan Ball was appointed their manager.

Maybe, just maybe, we should have gone for Liam Brady, ‘cos after all we’ve got Alan Ball.’

In the beginning, God and Paul McGrath were seen as quite separate individuals. It was only later confusion crept in.

One story illustrates Paul’s status in the game. The All-Heaven final was taking place between Manchester United and the rest. The United team were powered by some of the giants of deceased footballers. The other team likewise had the pick of players who had gone on to their eternal reward and were captained by Sir Stanley Matthews. With just three minutes to go the opposition were leading by three goals. Suddenly there was a gasp from the crowd as a sub appeared on the United team. In the final three minutes four balls were pumped into the replacement. The supersub got on the four of them and stuck each of them in the net. United won by a goal. After the game was over Saint Peter went over to commiserate with the defeated stars. The players were stunned by the appearance of the sub and Sir Bobby Moore asked, ‘I never knew Paul McGrath died. When did it happen?’