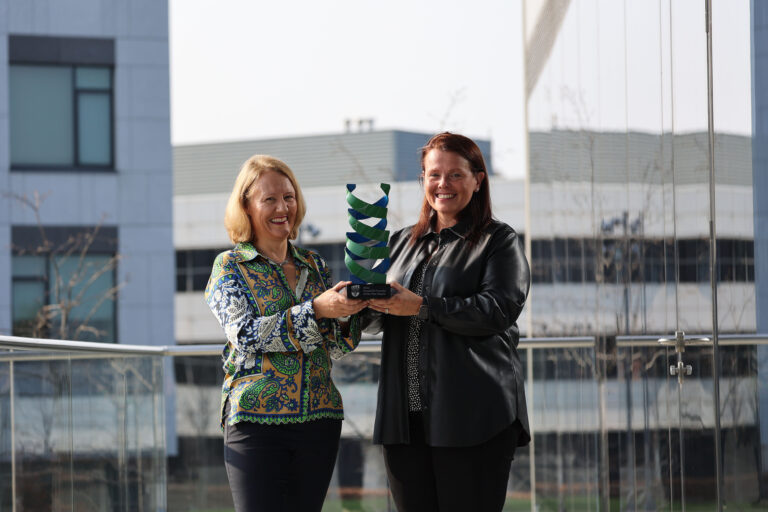 NovaUCD has announced the recipients of its annual innovation awards which highlight successes made in areas of knowledge transfer, consultancy, entrepreneurship and the promotion of an innovation culture, by members of the UCD research, innovation and start-up community.

A total of 8 Awards, including the main 2022 NovaUCD Innovation Award, were presented by Professor Barbara Dooley, Acting UCD Registrar and Deputy President during an event held in the UCD University Club.

Professor Barbara Dooley, Acting UCD Registrar and Deputy President said, “The NovaUCD Innovation Awards which have become a key annual event at UCD, were established to recognise and highlight the successes being made by members of our research, innovation and entrepreneurial communities across the University. I would like to take this opportunity to congratulate all those who have received Awards today and I wish them ongoing successes in the years ahead as they continue to deliver impact for the economy and society through their commercialisation, consultancy, entrepreneurial and innovation activities.”

The 2022 NovaUCD Innovation Award, which recognises excellence in innovation or of successes achieved in the commercialisation of UCD research or other intellectual activity over a number of years, was awarded to Professor Dominic Zerulla, UCD School of Physics.

Since he joined UCD in 2014 Professor Zerulla has disclosed 11 inventions to NovaUCD, 5 of which have been patented, and founded PEARlabs, a UCD spin-out company.

PEARlabs has developed a novel photonic chip which enables ultra-high spatial resolution at video rates in optical microscopy, far beyond the diffraction limit of visible light. The PEARlabs technology aims to transform the understanding of processes such as cell signalling and cell proliferation in cancer and other life-threatening diseases and has the potential to aid early diagnostics, precision medicine and the delivery of improved drug treatments.

Professor Zerulla has been awarded over €700k in funding through the SFI Future Innovator Prize programme to further develop the PEARlabs technology.

On receiving the 2022 NovaUCD Innovation Award, Professor Dominic Zerulla, said, “On behalf of myself and the wider PEARlabs team at UCD I am very pleased to receive this important Innovation Award. We are highly motivated to develop the best imaging methodology which will enable improved diagnostics and hence tailored therapies for highly relevant diseases to people.”

He added, “I would like to thank the NovaUCD team for all their continuing support over the last number of years.”

The recipient of the 2022 NovaUCD Outstanding Achievement Award is Aidan Corbett, co-founder, Wayflyer, which earlier this year became Ireland’s sixth tech unicorn on securing a $150 million Series B funding round. Wayflyer, a revenue-based financing and growth platform for eCommerce businesses, was co-founded in 2019 by Aidan Corbett and Jack Pierse as a spin-out from Conjura, a NexusUCD-headquartered company which Aidan Corbett had previously co-founded.

Aidan Corbett said, “It’s a great honour to receive this award. In the early days of my start-up journey, NexusUCD was the perfect place for us to work, especially being surrounded by fellow entrepreneurs who learned a lot from each other. I highly recommend it to start-ups that are beginning their journey today.”

The recipient of the 2022 NovaUCD Invention of the Year Award is Dr John McCallig, UCD Lochlann Quinn School of Business and the UCD Michael Smurfit Graduate Business School.

Dr McCallig’s invention is to use privacy preserving analytics to collect and share commercially sensitive information about VAT obligations and payments. This innovation can confirm that the proper VAT payments have been made, in real-time and without breaching the privacy of the individuals or firms. The potential impact of this invention is to provide a system that can interact natively with the digital economy and build a modern and fair tax system.

The recipient of the 2022 NovaUCD Spin-out of the Year Award is BioSimulytics, a UCD spin-out focused on using artificial intelligence (AI) to digitise key steps in how new drug molecules are designed and developed. The company was founded in 2019 by Professor Niall English, Dr Christian Burnham, and Peter Doyle as a spin-out from the UCD School of Chemical and Bioprocess Engineering.

In the last year BioSimulytics secured its first commercial contract with a major pharma company in Europe and signed evaluation agreements with several other leading biopharma companies in UK, EU and US. In addition it established a partnership with Amazon for global scaling of its technology platform using AWS cloud services and secured €595k in initial seed funding from angel investors and Enterprise Ireland. The company also located to NovaUCD and has grown to a team of 6 people.

The recipient of the 2022 NovaUCD Consultancy of the Year Award is Dr Sarah Cotterill, UCD School of Civil Engineering and UCD Dooge Centre for Water Resources Research, for a consultancy study entitled ‘A Framework for Improving Domestic Water Conservation in Ireland’, commissioned by An Fóram Uisce (the Water Forum) through ConsultUCD.

A key finding of the study was that almost a fifth of the energy used in Irish homes is used for heating water, and therefore a relatively small reduction in household water use (of say 20%) in all homes in Ireland, could lead to a significant reduction (hundreds of thousands of tonnes) of greenhouse gas emissions a year.

Dr Sarah Cotterill said, “I am delighted to receive this Award in recognition of the work carried out for An Fóram Uisce, with support from a collaborator at the University of Exeter, Dr Peter Melville-Shreeve, and with the support of ConsultUCD.”

“Ireland is perceived to be a ‘wet’ country but resource availability varies across the country. I hope the findings from this work can progress to the next level to bring about the behavioural, technological and regulatory change necessary to manage our most vital resource, water, more sustainably.”

The recipients of the 2022 NovaUCD Founder of the Year Award are Sheena Bailey and Louella Morton, co-founders, TestReach.

Covid-19 drove a huge increase in demand for TestReach from around the world, which necessitated the company scaling rapidly in terms of number of employees and operational capacity. In the last year TestReach sustained revenue growth of 60%; added a further 40 new clients, such as the Institute of Banking, the Insurance Institute of Ireland, Royal College of Physicians of Ireland, and multiple European agencies; grew staff numbers by 50% and now employs a team of over 100 people.

The company’s expansion is continuing and TestReach plans to add 30 additional employees in the coming year.

Louella Morton said, “We are absolutely delighted to have won this award, which recognises the great achievement of everyone at TestReach, who worked tirelessly in very exceptional circumstances. There is huge momentum within the company and we look forward to continued growth throughout 2022 and beyond.”

Sheena Bailey added, “It is wonderful to win this award as two female co-founders of a high-growth tech company. I’d like to thank the TestReach team who have been such a key part of the journey, and those at NovaUCD for their support over the last number of years. We have always had great ambitions for TestReach, and it is really fantastic to see those ambitions being realised.”

The recipient of the 2022 NovaUCD Innovation Champion of the Year Award is Professor Ronan Cahill, Professor of Surgery at UCD School of Medicine and at the Mater Misericordiae University Hospital where he is championing digital innovation and innovative solutions in surgery.

Professor Cahill has a major academic interest in surgical innovation and new technologies and is active in forging research partnerships, both nationally and internationally, focused on clinical and medical device development via phase 1, 2 and 3 trials.

At the Mater Hospital, he has led the establishment of a Clinical Anatomy Centre with Professor James Jones, UCD School of Medicine, the only in-hospital Advanced Surgery Training, Research and Development unit in the country which has provided over 1,000 training days for undergraduates and postgraduates through consultant level masterclasses.

The recipient of the 2022 NovaUCD Licence of the Year Award is Professor Andrew Keane, UCD School of Electrical and Electronic Engineering and Director, UCD Energy Institute. Professor Keane is also a co-founder and CTO of NovoGrid, a UCD spin-out and a pioneer in Grid Edge intelligence software that optimises energy delivery.

The patented grid edge intelligence software technology which automates and removes inefficiencies in renewable generators and electrical grid operations was developed by Professor Andrew Keane and his team at UCD and was licensed to NovoGrid in 2015.

This original licence to software, algorithms, datasets and patented technology relating to a method for controlling power distribution, has formed the basis for NovoGrid’s installed customer base increasing three-fold year-on-year and its recent collaborations with a number of leading European utilities and renewable energy developers.