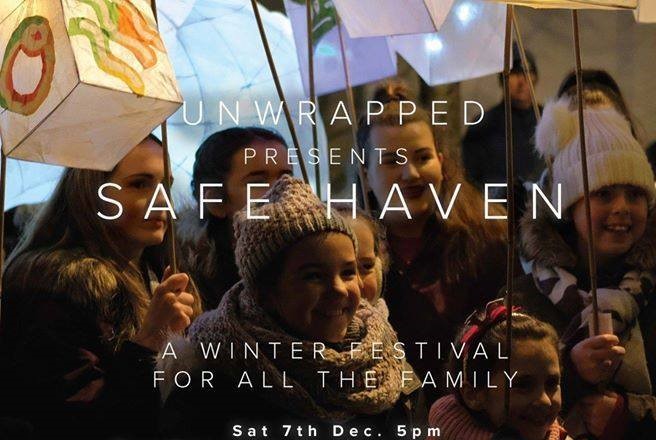 UNWRAPPED 2019 – a Safe Haven – marks 10 years of the festival with a theme that reflects the diversity of the participatory community event it has become.

The theme is reflected in the words of President Michael D Higgins speaking at the UN Forum recently describing  ‘migration as central to the Irish consciousness’ adding that ‘ Ireland had been transformed from a place where people were forced to leave, to somewhere that now has the opportunity to be a place of welcomes’.

The Unwrapped Festival marks the beginning of the winter festive season. Established in 2009 UNWRAPPED has evolved as a FREE annual Winter Festival of Lights for all the family through a combination of music, performance and visual arts. UNWRAPPED has established itself in Tallaght as an original outdoor performance with commissioned artists, fantastic costumes and a specially commissioned music score and has continued to evolve.

The event involves over 300 participants of all ages and cultural backgrounds from across the county working with artists to create an interactive original FREE performance for a family audience of up to 500 people. Participants from youth and community groups and schools work with UNWRAPPED commissioned artists, composers, choreographers, designers and musicians between August and December to make large scale illuminated figures and lanterns.

UNWRAPPED is unique in that it has over the last 10 years developed a distinct culture of outdoor festive performance amongst the participant groups, especially young people. It is the only festival in South Dublin County that, by placing active participation at its heart, nurtures a sense of civic engagement and pride in participants and audiences alike. 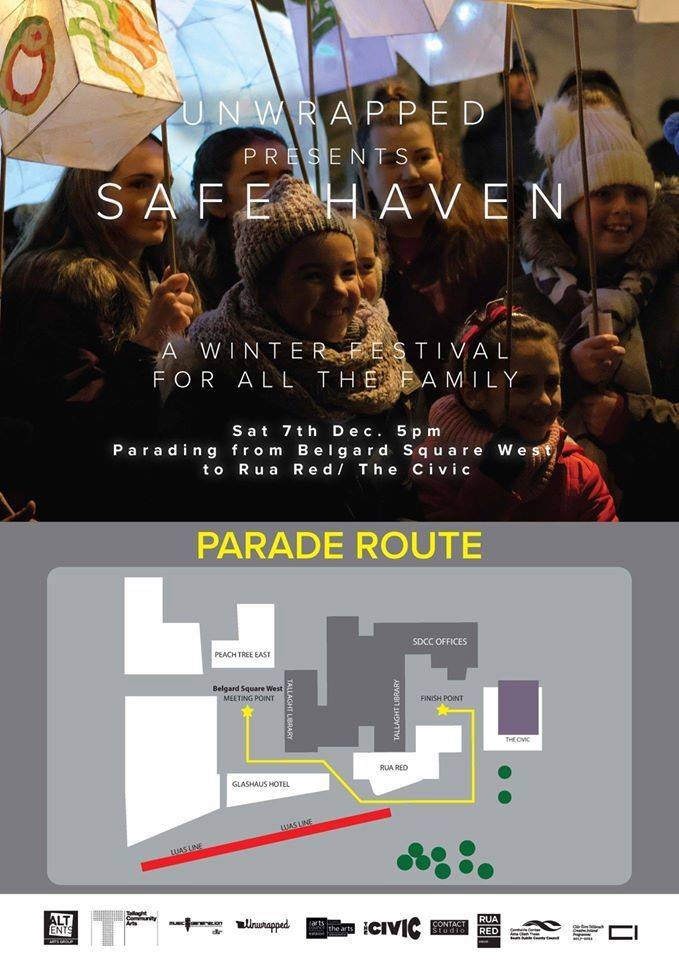 An Invitation for the public to Participate in Lantern Parade

Over 300 participants working with our resident artist team have designed lanterns that will be paraded from Belgard Square West to Library Square Tallaght.

The Rocket Man film animation will be screened on the wall of Rua Red, Library Square as the culmination of the UNWRAPPED 2019 Lantern Parade event with live schools & community choirs and musicians providing the soundtrack.

The annual UNWRAPPED programme is developed by a creative partnership between