There is no strength without unity 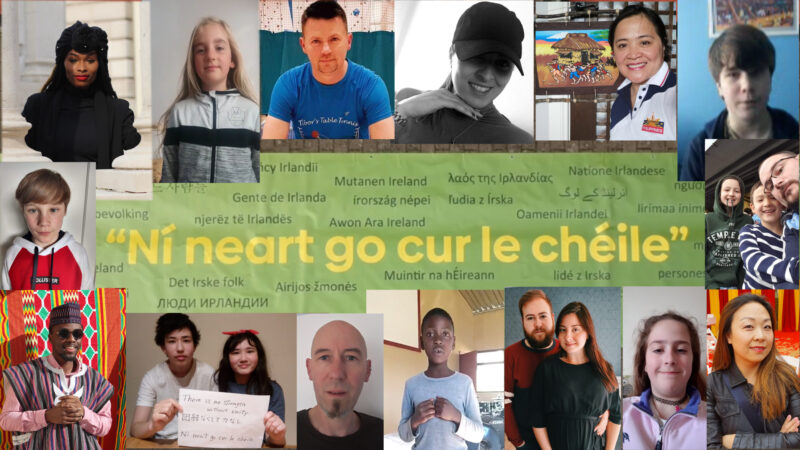 ‘There is no strength without unity’ is the theme of a new video from Dublin’s St John Bosco Youth Centre. It celebrates the diversity and unity of those who use the well-known youth and community centre in Dublin 12.

The video features people saying, ‘There is no strength without unity’ in their own native tongue, over the background of a multi-lingual banner. The languages spoken are Arabic, Chinese, English, Filipino, French, Hausa, Hungarian, Irish, Japanese, Portugese, Polish, Sesotho, Spanish and Swedish. They are a small selection of the languages spoken in Ireland today and representative of the diverse range of people who use the Drimnagh facility.

The banner at the centre of the video, featuring 38 languages, was originally designed for Seachtain na Gaelige 2020 but the launch could not take place due to the coronavirus lockdown.
However, those involved felt that the message of cultural diversity and unity had become even more important during the current pandemic.

Bosco manager Brian Murphy said: “We take pride in and celebrate the broad diversity of those involved in the centre, something which is representative of communities all over Ireland in 2020. “The messages contained on the banner and in the video, that regardless of race, religion or language we are all Munitir na hÉireann, People of Ireland, and ‘Ní neart go cur le chéile’, or, ‘There’s no strength without unity’, have an even greater importance in times of adversity such as that faced by us at this time of Covid-19.”

St John Bosco Youth Centre would in particular like to pay tribute to all of those people working in essential services.