Reconsider Position Around Expansion of Stay and Spend Scheme 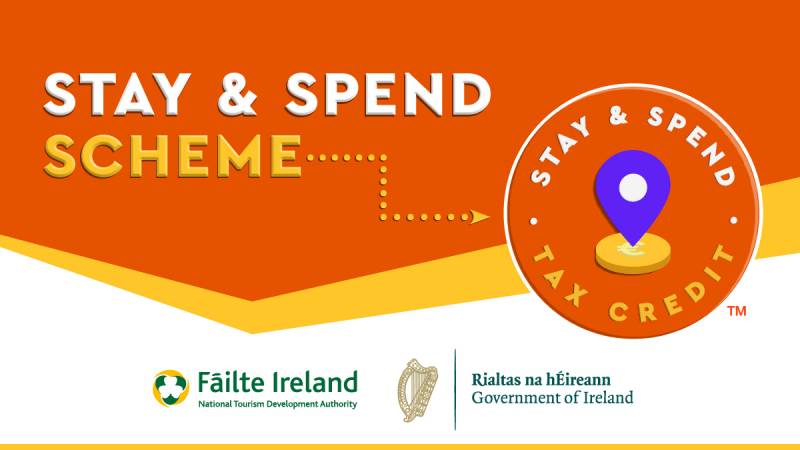 Experts at Taxback.com have expressed their disappointment over the Minister for Finance’s recent refusal to consider extending the Stay and Spend initiative to restaurants and food outlets that have had to pivot their business to provide takeaway services, in light of ongoing and open-ended lockdown. The tax refunds specialists are calling on Minster Donohue to reconsider his position on the matter, which, they say, will only serve to ensure the scheme remains underutilised and ineffective in supporting the hospitality sector.

Taxback.com have made the comments on the back of an answer the Minister for Finance gave in the Dáil earlier this month[1] whereby, when asked of his plans to extend the largely unused Stay and Spend Scheme to include take away food activities from restaurants and businesses that are already registered providers, he responded as follows:

Marian Ryan, Consumer Tax Manager at Taxback.com said she fears the Minister is “missing the point”,

“The fact is, many restaurants, that have never before offered dine out services, have had to pivot their offering over the last 12 months simply to keep their doors open, staff employed, and heads above water. So, it seems somewhat unfair of the Minister to suggest that they have not been heavily affected.

The Stay and Spend scheme was a really good idea, but like everything in the world of COVID-19, the environment in which it was rolled out had change from the one it was designed for – rolling lockdowns since September have meant that people haven’t been given the scope to avail of the financial relief it provides and, more importantly, businesses haven’t been given the opportunity to benefit from it.

Most reports are now suggesting that hospitality won’t be back up and running in this country until the Summer, so we should be looking at ways the scheme can be of use until this time”.

Taxback.com say they welcome the Minister’s stance on possibly extending the term of the scheme.

“It makes absolute sense to extend the duration of the scheme – given that it hasn’t even had a chance to get off the ground”.

Most recent Revenue figures report that 51,000 receipts have been uploaded to the Revenue’s receipts tracker for the stay and spend scheme. This covers spending on food and tourist accommodation worth €8.4 million, with taxpayers in line for tax refunds of €1.6 million.

“€250 million was committed to this scheme – and a paltry €1.6 million has been claimed. The figures speak for themselves”.

Initiative Means Our Local Community Will Benefit from Proceeds of Crime