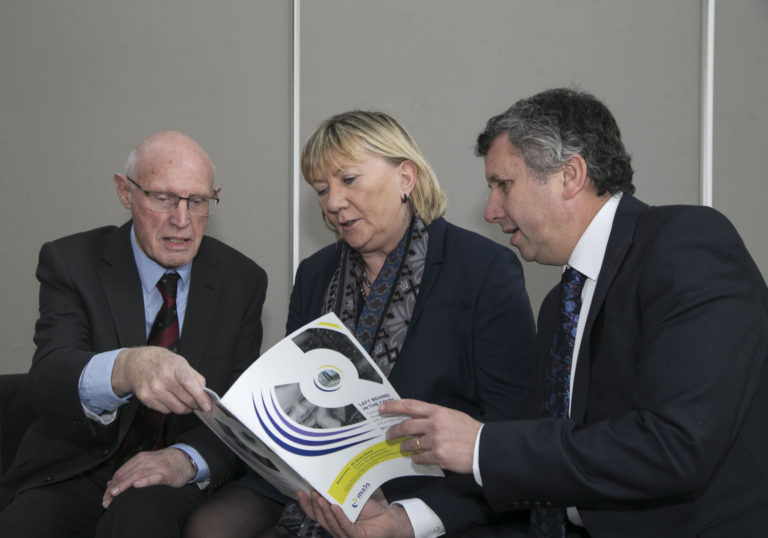 Over 50% of MABS clients go without heat in Ballyfermot and Cherry Orchard area according to new report- Left Behind in the Cold?
This fuel poverty research report was commissioned by the Money Advice and Budgeting Service, Dublin 10 & 20 MABS which serves the areas of Ballyfermot, Palmerstown, Cherry Orchard and Chapelizod.
‘Left Behind in the Cold?”’ is a follow up study on previous research undertaken in 2013. It found that despite national economic recovery, the level of fuel poverty amongst clients of Dublin 10 & 20 MABS remains at unacceptably high levels.
The Minister for Employment Affairs and Social Protection, Regina Doherty T.D. launched the report, today, in the Ballyfermot Civic Centre. The Lord Mayor of Dublin, Mícheál MacDonncha also spoke at the event along with Dr Stuart Stamp, Report Author, Fr. Bill Toner who wrote the foreword and Angela Black, Chief Executive, Citizens Information Board.
There are a number of issues highlighted in the report, in particular, the ‘poverty premium’ which refers to charges applied by some retailers, to clients using token metres (these metres enable people to pre-pay for fuel). This is significant, given that the report states 6 out of every 10 clients surveyed were using this method of payment. This payment was seen to negatively impact on clients.  The report also highlights heightened levels of fuel poverty amongst Travellers living in mobile homes/trailer accommodation. It found that Travellers surveyed spend 21% of their income on fuel costs. People spending more than 10% of their income on fuel are deemed to be in fuel poverty.
Some of the report’s other findings:
    72% of households surveyed were  in fuel poverty, down from 79% in 2013
    56% reported have gone without heating in the previous 12 months through lack of money (this figure is four times the national average)
    There is a clear trend among clients away from more traditional utility suppliers and towards those who operate pre-payment facilities
    Financial inclusion remains high among clients, particularly among those in the fuel poverty cohort; only one in ten clients were using’ electronic’ payment facilities
Based on their work in the area of fuel poverty from 2013-2017 Dublin 10 & 20 MABS recommendations include:
    The establishment of a cross Agencies/ Departmental task force into Fuel Poverty
    Activation of the use of discretionary powers of Community Welfare Officer to make payments to Travellers living in Caravans /mobile homes presenting with exceptional  fuel costs and those living in sub-standard accommodation.
There is a clear trend among clients away from the more traditional utility suppliers and towards those who operate pre-payment facilities. Weekly budgeting remains the preferred choice for the vast majority of clients. There were frequent reports of administration charges for making weekly payments – primarily for meter top-ups – in local shops; such payments may, in our view, amount to a “poverty premium”, the simple fact is that it is not just token meters where a surcharge applies . The service found some shops adding a fee to everything from topping up your waste fee charge to toll fees.
Full report can be accessed at: mabs.ie