New research assessing the concerns and costs surrounding dementia among Irish people by The ASI and KBC Bank Ireland has found that 7 in 10 Irish adults realise that people with dementia require 24/7 care, however only 27% of respondents know that the cost of dementia care in Ireland is greater than the combined cost of  cancer, heart disease and diabetes.

71% of respondents agree that businesses could be more focused on assisting customers who may have dementia symptoms and this is now more relevant with over 55,000 people living with dementia in Ireland.

The research also found that while 3 in 4 adults (74%) surveyed are concerned about dementia, that they are more concerned about the threat of other major illnesses and less than 2 in 10 (15%) of those surveyed currently donate to a dementia charity compared to 39% of people who donate to a cancer charity*. 68% of adults surveyed either don’t know or don’t believe that dementia is one of the top five causes of death worldwide. 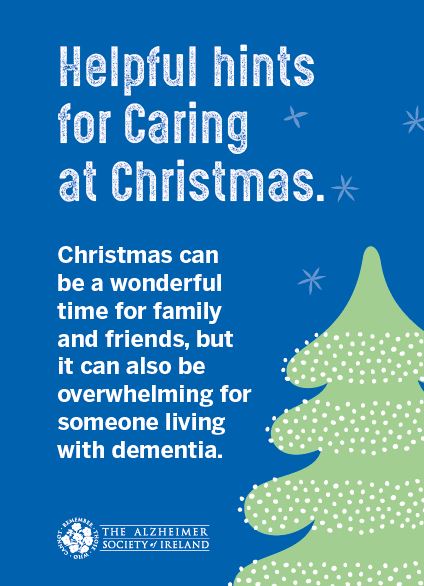 Samantha Taylor, The Alzheimer Society of Ireland’s National Information & Advice Services Manager said: “Based on this research, there is a lack of knowledge of dementia among the general public but there’s also a consensus that more support for people with dementia is needed. In general, and in particular over the Christmas period, it’s vitally important that people check in on someone who has dementia and their family and asks how they are, if they need anything. Also, if people are lonely, feeling isolated or need some advice or support they can call our helpline, Christmas can feel overwhelming at the best times, we have some practical steps that can help.”

Aidan Power, Director of Customer, Brand and Marketing, KBC Bank Ireland said: “The Alzheimer’s Society Ireland (ASI) has been our chosen charity partner for almost three years. This is an association that we are incredibly proud of as there are 55,000 people in Ireland living with dementia and the number is set to increase. However, the concerns and costs associated with dementia are somewhat unknown when compared to other diseases and conditions, which is why we worked with the ASI to conduct research to shine a light on some of the barriers facing people and families living with dementia.

“Creating inclusive and dementia friendly communities can really help people living with the disease remain at home and in their community. Our research found that 71 percent of those surveyed agree that businesses should be more focused on assisting customers who have dementia symptoms, which is why to further support those who are vulnerable in society, staff from our hubs and operations team completed dementia Friendly Training delivered by the ASI. The training has equipped our staff with behaviour and communication techniques and skills to better support customers living with dementia and their families.” added Power.

The national charity is also creating awareness that people can contact that Alzheimer National Helpline 1800 341 341 if they would like advice or support over Christmas. There is also a Caring at Christmas factsheet for carers which is available for free via www.alzheimer.ie 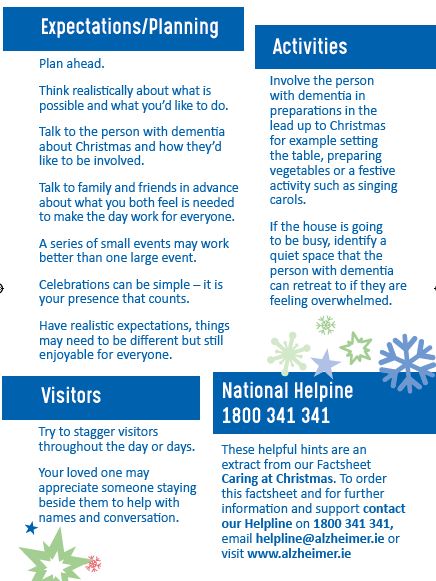 PrevPrevious‘Jingle and Mingle’ for Deansrath Family Centre
Next140,000 children living in substandard and poor-quality homesNext