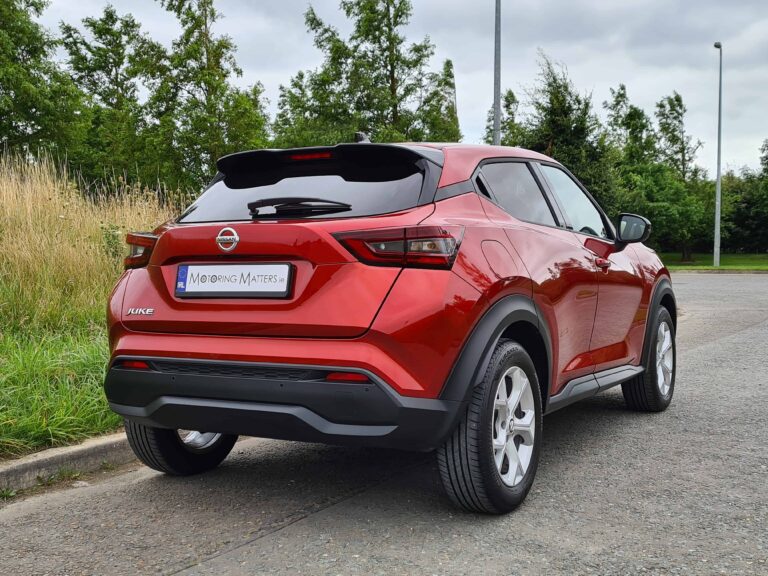 Nissan pretty much invented the supermini-derived SUV/compact crossover class when it launched the first-generation Juke back in 2010. It offered buyers robust off-road styling and an elevated view of the road ahead, with the benefit of looking totally different to anything else on the road at that time. In fact, it is thanks to the commercial success of the original Nissan Juke that the market segment (often referred to as B-SUV) has become Europe’s biggest automotive market growth area.

Nissan has launched the second-generation Juke with a new chassis and a new engine, built on a Renault-Nissan-Mitsubishi Alliance model platform. Whereas the previous Juke had a specially adapted chassis used only by Nissan, and was available with a choice of petrol and diesel engines, the new Juke is available with just one engine, with Nissan having ruled out diesel power for the car entirely. The sole petrol engine in the new Juke is a three-cylinder turbo-charged 1.0-litre unit with 114bhp. A six-speed manual gearbox is standard, with the option of a seven-speed dual-clutch automatic (DCT) in all but the entry level trim level. There is no option to add all-wheel-drive, but that is not uncommon on small SUV’s such as the Juke. The new Juke combines the looks of an SUV and a coupé – just like the old model – and still has signature touches such as bold circular headlights. However, it now has Y-shaped LED daytime running lights and Nissan’s distinctive V-motion grille to keep it in line with other models in the Nissan range, while new wheel designs also feature.

My mid-spec Juke SV Premium DCT test car looked great in its striking Fuji Sunset Premium Metallic paintwork, with stylish 17” alloy wheels fitted as standard. The combination of sharp lines, dramatic lights and intriguing design accents provide the new Juke with a thoroughly modern and distinctive look, while sleek aerodynamics enable the new Juke to glide through the air for greater fuel efficiency and ultimate refinement on the move. The new Juke’s interior looks and feels great, while its infotainment system is much better than the previous model’s. All new Juke’s get Nissan’s sleek new Monoform seats with a single-piece backrest – similar to those found in many sports cars – and this adds a real sense of sportiness to the new Juke’s cabin. The new Juke has 422-litres of boot space with the rear seatbacks in place – an increase of 20% on the previous generation. It also comes with a handy adjustable boot floor that is easy to move up and down for greater practicality. With it in the raised position, there is enough space underneath to store the parcel shelf in the event that it needs to be removed to accommodate a bulky load.

Producing 114bhp and 201Nm of torque, the Juke’s turbo-charged engine performs strongly around town and is capable of keeping up with fast-moving traffic on motorways too. There are three driving modes to choose from – Eco, Standard and Sport – and the Juke feels liveliest in the latter mode, while fuel consumption as low as 6.1l/100km (46mpg) is achievable on a WLTP combine driving cycle. The new Juke has more athleticism and handling poise than the average compact crossover, retaining the zippy dynamic appeal that helped to mark out the original Juke as a car intended for more energetic and youthful drivers as well as older ones. A new-found level of ride sophistication makes the new Juke more comfortable and pleasant than its predecessor too. Excellent grip and progressive body control enables the new Juke to feel quite agile, and this becomes evident on twisty country roads where the car feels very comfortable and confident.

Overall, the new Nissan Juke is good to drive, more spacious than its predecessor, and is right up-to-date in terms of infotainment and safety systems. Pricing for the new Nissan Juke start at just €23,395, with my SV Premium DCT test car priced from €28,350. A comprehensive 3-year/100,000km warranty comes as standard.