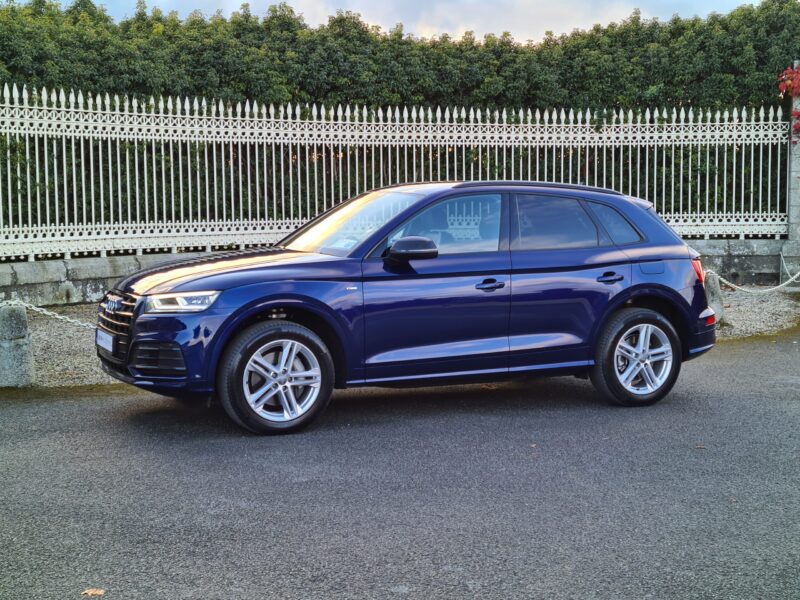 The original Audi Q5 SUV was launched back in 2008 and it attracted rave media reviews, but more importantly, huge sales success for the premium German brand. In fact the Q5 has gone on to become Audi’s biggest-selling car worldwide.

During the intervening years, the Q5 premium family SUV has moved the game on, with the Audi claiming it sets the benchmark in its class for quality and refinement. Now, Audi has launched the new Q5 TFSI e, with the intent to set the benchmark in terms of petrol/electric plug-in hybrid (PHEV) technology too.

The new Q5 TFSI e will especially appeal to motorists looking to blend incredibly-low fuel consumption with sports car rivalling performance, while enjoying the benefits of family SUV space and practicality too. Two plug-in hybrid Q5’s are on offer, both equipped with a 14.1kWh battery and 141bhp electric motor for a pure electric range of up to 43km’s. The Q5 50 TFSI e comes with a combined 299bhp from the petrol and electric powerplants, while a thumping 370Nm of torque enables a 0-100km/h sprint time of just 6.1-seconds, on the way to a claimed top speed of 239km/h (where permitted). The higher-powered Q5 55 TFSI e produces 367bhp and can complete the 0-100km/h sprint in just 5.3-seconds. Petrol power comes from a 2.0-litre, four-cylinder turbocharged engine, which sends power through a quattro four-wheel-drive system, while a seven-speed dual-clutch (S Tronic) automatic gearbox features in both.

My test car was a Q5 50 TFSI e S Line quattro S Tronic 220kW and was finished in striking ‘Navarra Blue’ metallic paint. I was extremely impressed with the new Audi Q5 TFSI e, from the way it looks to the way it drives, and I felt a sense of occasion every time I sat behind the wheel. Audi’s outstanding quattro system provides exceptional road holding whatever the road or weather conditions, as it automatically distributes power between all four wheels to where it is needed most. The Q5’s regenerative braking system is intuitive in its operation and has an automatic setting that uses sensors to increase the brake force autonomously in order to keep a safe distance from the car in front, and to maximise efficiency. The system is so intelligent that it even knows if you are approaching a roundabout or junction, and varies the regenerative braking force accordingly, thereby making it easier to relax and enjoy the car. In pure-electric mode, the Q5 is incredibly quiet and serene, with well insulated suspension and tyre noise, and virtually no noise from the electric motor, while overall ride comfort is terrific. You can do motorway speeds in pure-electric mode, as well as in stop-start traffic, and the constant stream of power is great for easing through traffic. Hybrid mode is better for long journeys, as it flicks seamlessly between the electric and petrol modes automatically to achieve the best efficiency. Claimed WLTP fuel consumption as low as 2.4l/100km is possible on a combined driving cycle, while an official CO2 emission figure of 55g/km leads to annual road tax of just €170.

Charging the Q5 TFSI e is a simple task, with a domestic socket delivering a full charge in around six hours, while a 7kW home wallbox will perform the same task in just two hours. Charging any PHEV regularly is the only way to get near the claimed economy figure, and ideally starting each journey with a full battery is a great habit to get in to. A time charging facility enables the use of off-peak charging tarrifs, while an Audi phone app allows for remote charging, along with pre-heating or pre-cooling of the cabin.

Passenger and boot space is exactly what you would expect from a big family car. There is 95-litres less luggage space than in a standard non-electrified Q5, but at 450-litres (with the rear seats up) the boot still offers excellent practicality. The car’s charging cables are supplied in a convenient carry case which is located in the boot, so this does slightly impede on the space on offer. Overall cabin quality in the Q5 is first class, with the car proving itself to be extremely comfortable, with a broad range of driver seat power adjustments, and great visibility. A strikingly styled, and ergonomically designed dashboard provides terrific visual drama to the Q5’s interior, with solid-feeling materials and a straightforward layout featuring a high-set screen and simple air-conditioning switches. The excellent, intuitive infotainment system in the Q5 is bang up-to-date in terms of functionality and quality graphics, while voice control makes it easy to navigate through when on the move.

The new Audi Q5 TFSI e is an extremely practical, upmarket family SUV which is refined, fast, comfortable and frugal in equal measure. Pricing for the Q5 50 TFSi e starts at €64,200 (ex delivery, VRT rebate and SEAI grant), while the 55 TFSI e attracts a €9,300 premium. A 3-year/90,000km warranty comes as standard, as does with an 8-year battery warranty (T’s & C’s apply). 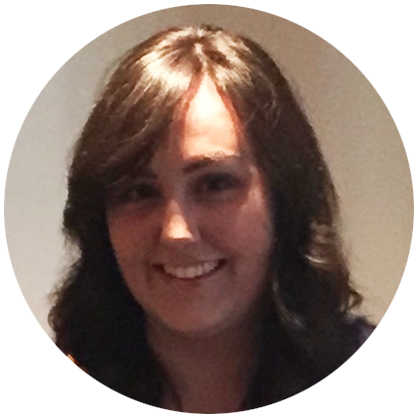 Move Into The Light with NCBI

Findings from 2021 Women in Business Report

Pineapple To Go For Lucan Shoppers