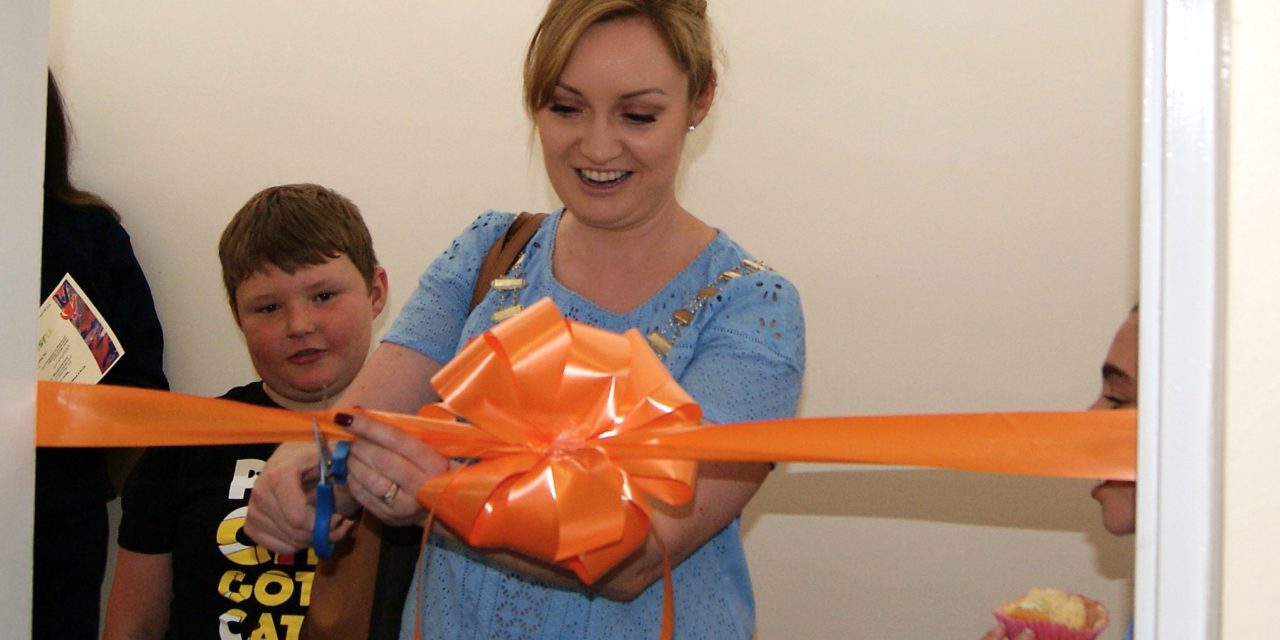 Tusla – Child and Family Agency has officially launched a refurbished family access room in the Mary Mercer Health Centre in Tallaght. Now known as the ‘Orange Room’, the refurbishment project was a participatory effort with local children and young people leading the way. They provided design concepts, artwork and poetry, quotes and, importantly, feedback on the project from the perspective of children and young people.

The access room in Mary Mercer Health Centre is the epi-centre of the Social Work Department. It is the place where access happens between family members, and where Social Workers and Social Care Workers meet with children to undertake direct work and interviews. An additional use of the access room has been as a space for teens who are out of placement, or who are transitioning between placements. It is the only room in the health centre that is allocated to the Social Work department. 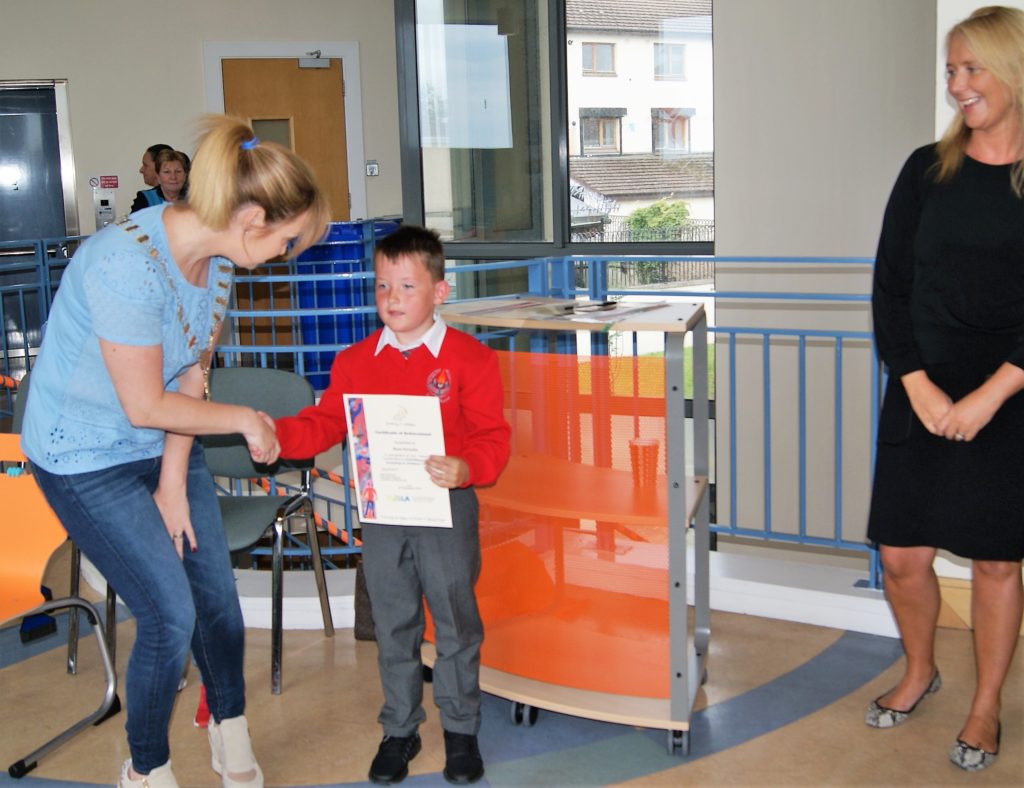 Ryan Kinsella receives ‘Investing in Children’ Certificate of Achievement from Cllr. Vicki Casserly, Mayor of South Dublin County Council, in recognition of his work on the project.

The Orange Room was officially launched by Cllr. Vicki Casserly, Mayor of South Dublin County Council (SDCC). The Mayor then presided over an award ceremony in which the children and young people who were presented with ‘Investing in Children’ Certificates of Achievement. These certificates were an acknowledgement of the critical work of local children and young people in bringing this project to fruition. The day was filled with celebration, music, pizza and cake, too. 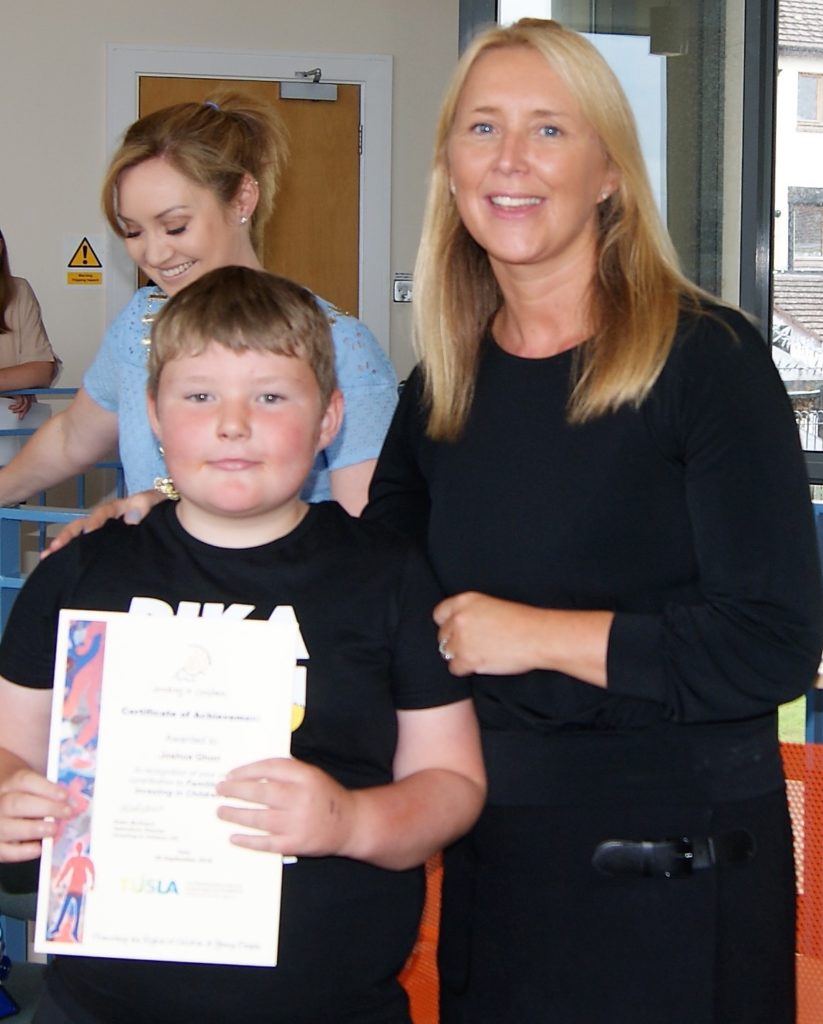 Cllr. Vicki Casserly  said, “It was a huge privilege to attend the opening of the refurbished Orange Room. I was so impressed at the work that was put in from the children, there is nothing that they didn’t think of. Children investing in other children, it was truly remarkable. Congratulations to all support staff involved and I have no doubt they have created a wonderful asset for anyone who uses it. As one of their lovely works of art stated, ‘be the reason that someone smiles today.’ They have captured the essence of this in the orange Room. Congratulations.” 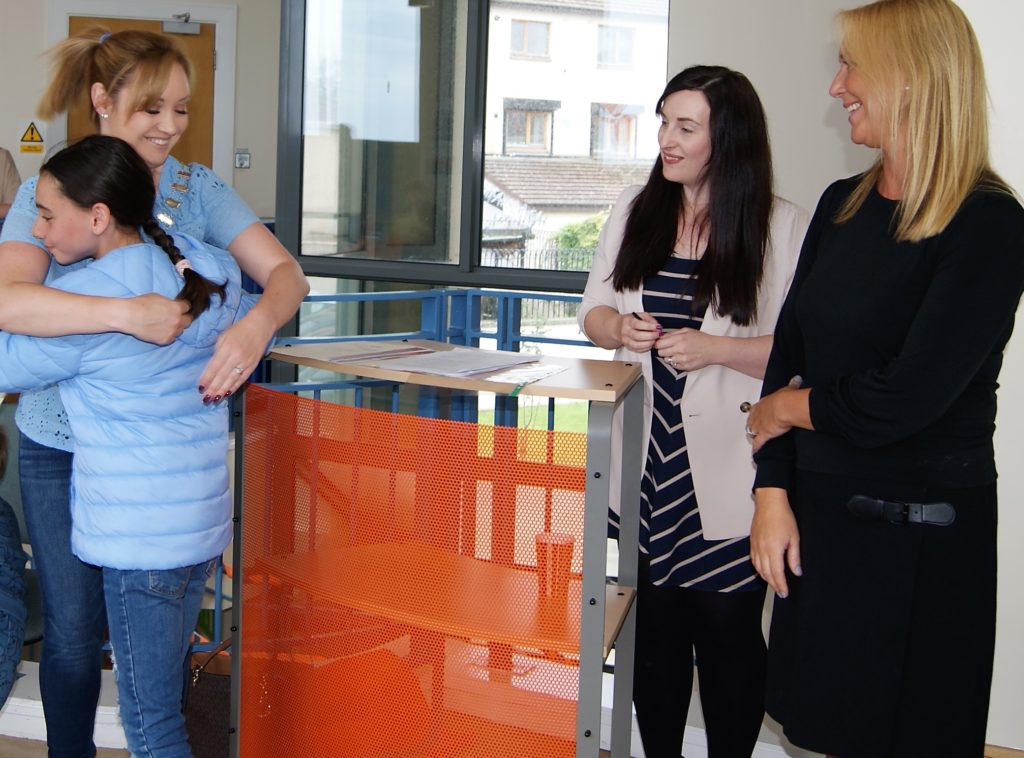 Brooke Dillon Doyle receives ‘Investing in Children’ Certificate of Achievement from Cllr. Vicki Casserly, Mayor of South Dublin County Council, in recognition of her work on the project.

Audrey Warren, Area Manager for Kildare West Wicklow / Dublin South West, Tusla, said, “The refurbishment of the family room is a testament of the commitment and hard work of Tusla staff in Mary Mercer Health Centre and to how a project of this nature can have such a positive impact on the young people that we work with.  It was wonderful on the day to see the children and young people so at ease with their surroundings and so excited to show everyone their own space and the outcome of all of their hard work.” 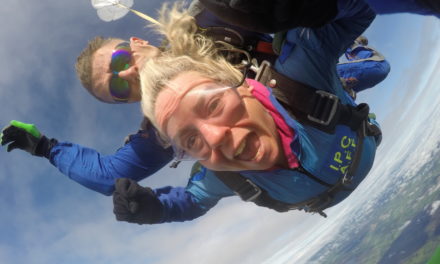 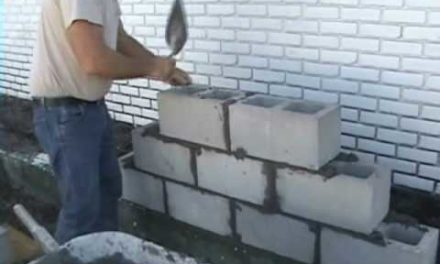 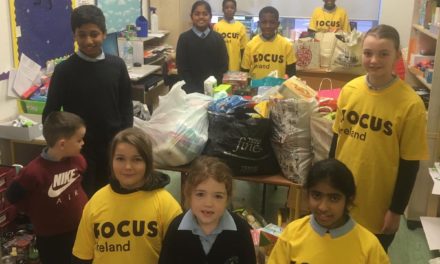 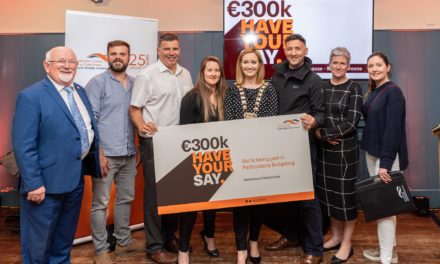