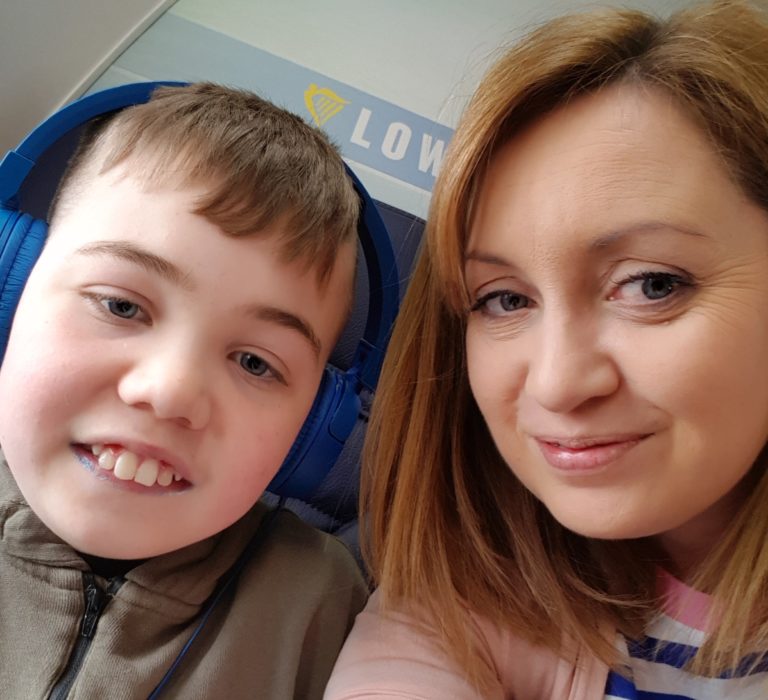 Urgent investment is needed in paediatric rheumatology services to meet the needs of 1,200 children and young people living with juvenile idiopathic arthritis (JIA) in Ireland.
That’s the message from Arthritis Ireland, which today launched an awareness campaign called #SeeMe as part of National Arthritis Week. The organisation is calling upon the HSE and the Department of Health to implement the national model of care for paediatric rheumatology, which was approved in June 2016.

The number of children and young people under 16 waiting more than a year to see a consultant paediatric rheumatologist increased by 80% in the 12 months since January 2017 (from 302 to 543). At the end of January 2018, 902 were on the rheumatology outpatient waiting list, a 33% increase on January 2017.

International best practice indicates that patients with suspected JIA should be seen by a paediatric rheumatologist within six weeks of the referral being made.6
Symptoms of JIA can include swollen and painful joints, impaired coordination, fatigue, high fever, rashes, and for up to 30% of patients, uveitis; a potentially sight-threatening disease.

Grainne O’Leary, CEO of Arthritis Ireland, said: “Juvenile idiopathic arthritis is a long-term autoimmune disease that affects children and young people at a time when life should be an adventure. The pain and discomfort that it causes can impact upon their quality of life and can be associated with other health complications. Our children and young people need and deserve to receive prompt, timely access to care, diagnosis and clinical assessment. This will give them the best chance of optimal outcomes.

“The way to address this is through the implementation of the national model of care for paediatric rheumatology. Despite being approved in June 2016, progress has been painfully slow in delivering upon its recommendations. With every delay and inaction, our children’s lives are impacted” Ms O’Leary stated.

James Casserly (12) from Lucan was diagnosed with JIA three years ago. According to his mother, Vicky Casserly, “When he was diagnosed with juvenile arthritis, our world changed. Firstly, we were not entirely sure what it meant and, secondly, what may or may not lie ahead. Like any parent, we were so upset our little boy was in so much pain, multiple joints, pain that was unbearable that culminated in complete loss of movement and a long hospital stay. However, we quickly changed our focus, we formed acceptance of our new journey and put all our energy into moving forward. Our focus with James was on ability and having fun, similar to that of any child his age, whilst we worried about the grown-up stuff, including the pain management side of things. This for James includes biologic therapy infusion, pain medications, additional vitamins, amongst other medicines.”

“Life with arthritis for James varies day-to-day. He will often describe stiffness, hot joints, burning pain, but he does not dwell on it. Like any 12-year-old, he is determined to live life to the full day-to-day and sets himself challenges and goals he would like to achieve. James loves to play frame football with his local club, Esker Celtic in Lucan. He is also an avid marathon runner. Again, finding a way to do things, in an assisted wheelchair” Ms Casserly stated.

Dr Emma MacDermott, consultant paediatric rheumatologist said “Juvenile arthritis is a chronic condition that affects about 1,200 Irish children. It can result in pain, fatigue and decreased mobility and often significantly impacts their ability to take part in school activities, sports and the fun of being out and about with their friends. Prompt and appropriate access to a multidisciplinary rheumatology team and the medications and inputs they can provide, working with family and friends, can help these children to lead full and active lives.”

National Arthritis Week runs from 9-15 April. Further information and resources are available at www.juvenilearthritis.ie and www.arthritisireland.ie. Arthritis Ireland is asking people to sign a petition on their website calling on the Minister for Health to implement the model of care for paediatric rheumatology.

The #SeeMe campaign is supported by AbbVie.