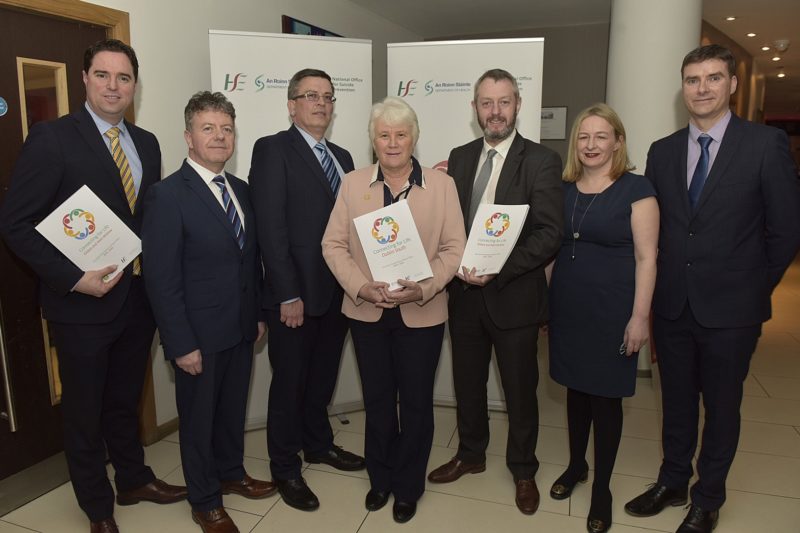 Connecting for Life was developed based on national and international evidence as well as an extensive public consultation process. It brings together 12 key elements across 7 strategic goals which are proven to help reduce suicide.

Addressing the audience, Minister Catherine Byrne noted that she was  “delighted to be here this evening to officially launch these two Connecting for Life Local Plans for Dublin South; and Kildare and West Wicklow. Addressing suicidal behaviour means supporting people in many different ways. The Connecting for Life strategy sets out a vision of an Ireland where fewer lives are lost through suicide, and where communities and individuals are empowered to improve their mental health and wellbeing. However, it is in local plans such as this that we can truly witness the power of community collaboration, drawing upon local knowledge, relationships and resources to effectively reach all members within that community.’

Speaking at the launch, Mr John Meehan (National Director HSE National Office for Suicide Prevention) explained that “in Ireland, the suicide rates among young males and females have decreased in recent years from 11.81 in 2011 to 4.64 in 2014. For those aged 15-19, the Eurostat data now shows that Ireland is currently the 20th highest across the 33 countries studied. We believe that with the right help, support or intervention at many different stages suicide is preventable. However, evidence shows that no single action will prevent suicide. It requires a combination of a number of strategies in place at population-based, community-based and individual levels”.

HSE Chief Officer Mr David Walsh acknowledged the organisations and individuals in Dublin South, Kildare and West Wicklow, who took the time to share their views on suicide prevention and mental health during the public consultation process. “Connecting for Life represents a local articulation of the National Connecting for Life strategy, it is a locally-based, multiagency response to self-harm and suicide in the communities of Dublin South, Kildare & West Wicklow.  These action Plans represent an honest and intentional effort by local stakeholders to target both resources and actions towards the prevention of suicide in this catchment area.”

Mr Meehan commented that “The successful implementation of these action plans is now the key. Implementation will be overseen by a multiagency Oversight Group and managed by a Project Management Group. We at the National Office for Suicide Prevention look forward to supporting the process”.

REASSURANCE FOR BEREAVED FAMILIES FROM IRISH ASSOCIATION OF FUNERAL DIRECTORS

Young or New To Starting Photography