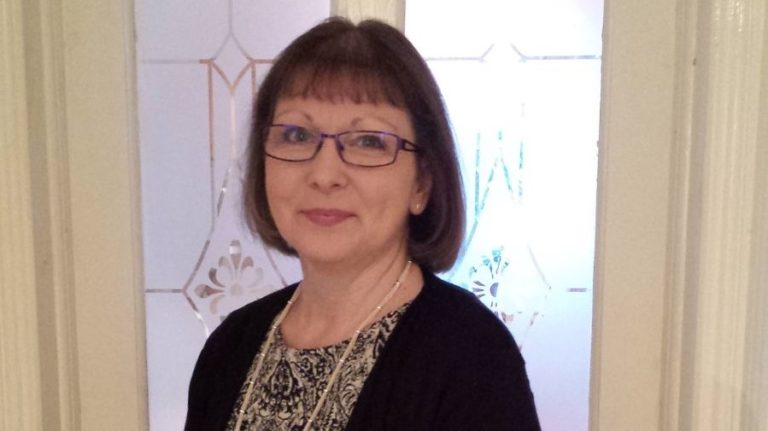 Janette’s Slimming World journey began just after her 50th birthday. “I arranged a party with my family and friends,” said Janette. “All the preparations were going great except for one problem!! I couldn’t find that special dress!! Nothing would fit properly. Size 12 wouldn’t go around my middle and size 14 was too big on top.” Janette’s confidence was very low.  “I tended to walk around with my head down. I was very unfit and annoyed I had let it get to this stage,” admitted Janette.

Janette learned about Slimming World through a friend, and learned how much you could eat and never feel hungry. Janette decided to try it and a week later joined a group in Tallaght. “My first impression was how welcoming everyone was,” said Janette. “I was amazed that I could eat potatoes, pasta and rice as much as I wanted and without weighing it.” Janette lost 6 lbs in her first week and after that became hooked. Seeing Janette’s success, her Mum joined and it has been great for them both as encouragement to lose weight and for a social meeting once a week.

“I love attending my Slimming World group and am still learning new ideas,” smiles Janette. “I enjoy all the recipes and have changed so many of my bad eating habits.” Janette’s favourite dish is Turkey Base Pizza and Slimming World chips. Her family all eat the same meals that Janette makes and the current favourite is Chilli Beef Bake. “Being a chocaholic,” laughs Janette. “I can still have some chocolate now and then!”

Janette admits that walking through the doors on that first day, she felt very nervous but was quickly put at her ease and made great new friends that she sees every week. “Staying for group motivates me every week,” said Janette. “There is support during the week too, from my consultant and other members.”

Janette reached her target weight in July 2016 having lost 2 stone and in November 2016 she was voted ‘Miss Slinky’ by her group. “I was highly honoured and extremely proud of my achievements,” said Janette. But Janette admits that none of her success would have been possible without the fantastic support of her consultant and the fabulous members of the group she attends.

Janette says that the biggest differences since losing 2 stone are how she is now so much fitter and has a lot more self-confidence. She has returned to badminton after 14 years and has run a 5k and walked the Women’s Mini Marathon. “I take part in a dance class and I can climb a hill without stopping to catch my breath on the way up,” Janette continues. “And the best bit is, I can now buy a dress that fits properly!”

Janette is relaunching the group in Greenhills Community and Sports Centre, St Joseph’s Road, Greenhills, Dublin 12 on Tuesday, January 2nd 2018 at 5.30 and 7.30pm. “I’m really looking forward to meeting you all there!”