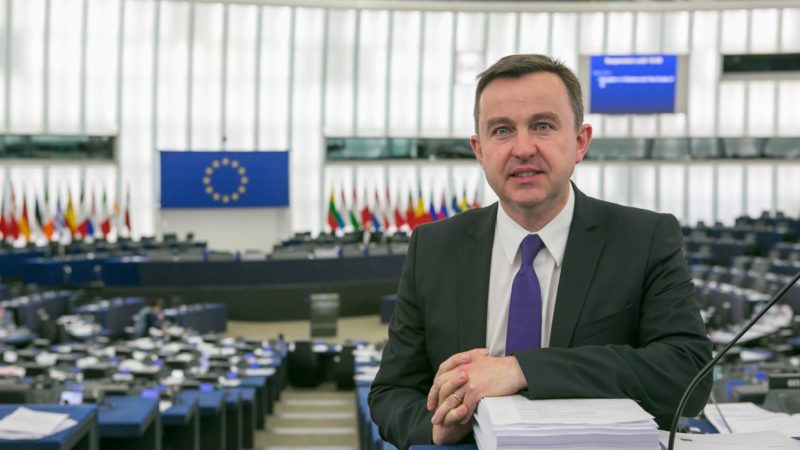 Brian Hayes MEP today (Friday) said that the Taoiseach Leo Varadkar along with Finance Minister Paschal Donohoe should develop a campaign to introduce a single EU market for mortgages.

“To this day, Irish people are still getting a raw deal on variable mortgage rates. The most recent figures show that the current average standard variable rate in Ireland is 3.26% compared with 1.83% in the Eurozone.

“If we had a true single EU market for mortgages, Irish consumers wouldn’t be faced with rip-off variable mortgages rates. While there is no legal impediment to an Irish person taking out a mortgage in a Eurozone bank for their Irish property, the reality is that banks are not willing to lend on a cross-border basis due to differences in insolvency regimes and a lack of harmonised credit history information.

“It is time for the Irish government to lead a campaign for a single EU market for mortgages. Taoiseach Leo Varadkar made it clear in his speech to the European Parliament in January that he would like to see the single market achieve its full potential in the areas of mortgages and insurance.

“We live in one of the most connected markets in the world – we have a common currency governing 19 Member States and we have one Central Bank that controls monetary policy for all major banks in the Eurozone. But Irish consumers still cannot reap the benefits of this single market. Only 17% of Irish people have purchased a financial product in another EU country. Even less have bought a product on a cross-border basis.

“Essentially, we have created a single market for business but not for consumers. If we want people to buy into the value of the EU and the single market, we need to give our consumer real choice and real competition in day-to-day financial products.

“So what are the building blocks to a single market for mortgages? Firstly, we need a harmonised system of consumer credit information. Secondly, we need common EU insolvency rules so that banks are aware of their legal obligations if a cross-border mortgage goes into arrears. And thirdly, the EU needs to put in place rules that make it more difficult for banks to refuse consumers mortgages on the basis of where they live.

“And we must start to consider the prospect that ECB interest rates will eventually start to rise, thus driving up mortgage rates in Ireland yet again. Standard variable mortgage rates could climb above 4% in the years to come.

“Our citizens should be able to reap the many benefits of living in an integrated single market. We have enough resources and expertise at EU level to ensure proper oversight of a more open retail financial services sector. If we fail to deliver on this, then Irish consumers could be left dealing with a dysfunctional mortgage market for many a year to come.”

A relatively robust property market which does not appear

Weddings at the Ardboyne Hotel