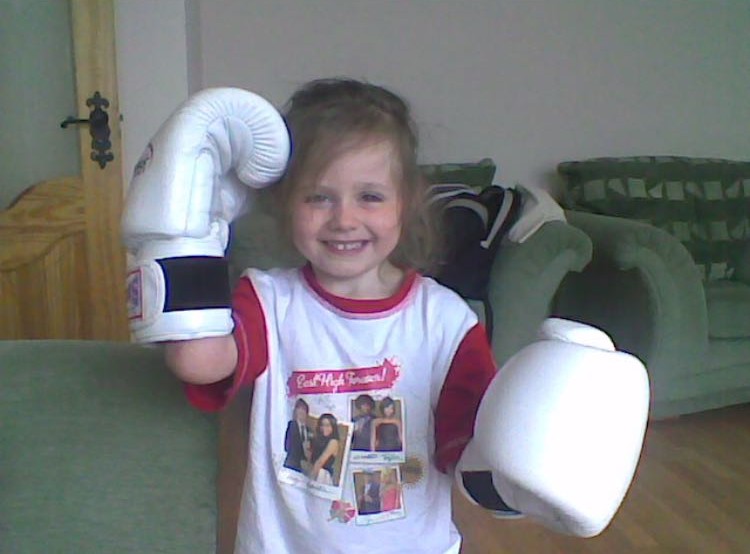 The incredible achievements of Ireland’s Katie Taylor have until now been judged mainly from a sporting perspective.

A bag full of medals attained off the back of European, World and Olympic conquering exploits, Taylor dragged women’s boxing single-handily to world prominence.

Aside from her outstanding pugilistic achievements, the Bray superstar has punched a hole through Irelands long held gender norms, with the product of the “Taylor Effect” evident in boxing gyms across Ireland.

One such example of Ireland’s new wave of fighting females is current Irish Champion Georgia McGovern.

The Kilnamanagh youngster who turned 12 in April of this year recalls her encounter with the “Taylor Effect” back in 2012 when she was just 7 years old. 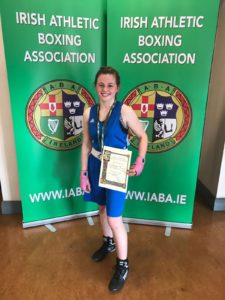 “I remember watching Katie Taylor fighting in the London Olympics and thinking I’d love to do that. I was always messing putting my dad’s boxing gloves on, but after watching Katie I really wanted to do it as a sport”.

Unfortunately for Georgia her first battle would be convincing her parents, who like many others in a similar dilemma, tried to divert their Taylor wannabe down a softer path.

“I pleaded could I join boxing, I had tried so many things like Ballroom Dancing, Baton Twirling, Hip Hop and music but didn’t stick to them”.

“I reminded them every day how much I wanted to join boxing until they contacted my soon to be coach Stephen Kavanagh (Kavo) in Kilnamanagh Boxing Club”.

Eventual victory over her anxious parents provided a glimpse of the determination and conviction that would allow Georgia to quickly adapt to the fighting arena.

“I remember my first day in Kilnamanagh Boxing Club, I loved hitting the bag and Kavo even did some pads with me, I thought I was Katie Taylor, recalls the confident youngster with a giggle.

Patience would be required once the initial excitement faded away as it would be a few years before Georgia would reach the required age to box competitively.

Again Georgia, who just completed her last year of primary school at St Kevin’s Girls School showed the commitment of a champion to keep training until she finally reached the competitive threshold. Having developed her pugilistic skills by participating in non-competitive club shows, 2016 finally saw the gutsy brawler enter the competitive circuit.

This inaugural year of competitive combat seen Georgia reach the final of the Monkstown Cup. Beaten in the final by a tricky southpaw, a bitter disappointment that brought about an even stronger desire to win.

“My first real fight was the Monkstown Cup in June 2016. I won the semi-finals but lost to a very good boxer in the final. She was a southpaw and I had never been in with a southpaw before, so I didn’t really know what to do. I got panicked, I wasn’t really listening to my corner”.

“Kavo told me after the second round the I did great but he was pulling me out of the fight. I begged him to let me fight but he wouldn’t, he was right to look after me and I learnt from that fight. I trained harder and got fitter”.

Georgia returned to the gym with a determination and conviction to improve and within a couple of months the Kilnamanagh youngster claimed her first title, which was followed by a National title in early 2017.

“I was motivated by that loss and put loads of effort into improving my boxing and getting fitter. In October of 2016 I won the Esker Cup, I was over the moon. Then this year I won the Dublin’s and then the All Irelands by stopping my opponent in the first round of the final”.

The determined starlet was to come full circle by winning the Monkstown in 2017, again stopping her opponent on route to victory.

Behind every amateur boxer is a coach who invests thousands of hours developing and encouraging their fighter along with committed parents who ensure their future stars eat like champions and attend training. This is not overlooked by Georgia who recognised the importance of coach Kavo and her parents in her success to date.

“I get on great with kavo, he is like a big brother. He is always slagging me in the gym and making me laugh but gets me to train the best I can. He puts so much work into me, it’s the only club I’ve ever been in and the only club I’ll ever be in”.

“My mam and dad cook all my meals at night or in the morning for me to make sure I’m eating healthy coming up to fights so I have the energy I need to be the best I can”.

At just 12 years of age the commitment and determination to succeeded Georgia has displayed is quite incredible, components many adult fighters struggle to muster. Should her pugilistic drive continue, who would bet against the “McGovern Effect”, a transition I’m sure Katie Taylor would welcome.