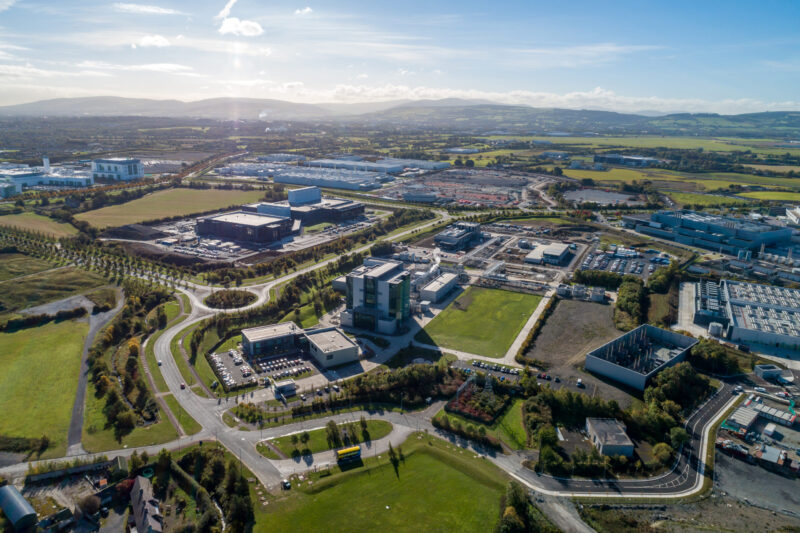 South Dublin County Council has agreed to the sale of 48 acres at Grange Castle Business Park to Lens Media Limited for the construction of Ireland’s first full-service media park. Elected members of the Council voted unanimously in favour of the disposal of the land at Monday’s Council meeting. The sale of the 48 acres of land will generate €26,400,000 for the Council to reinvest in South Dublin County.

The Grange Castle Media Park will see the construction of the largest such facility in Ireland, a full-service media park which will, amongst other things, facilitate film, TV and digital content production in 12 state of the art sound stages, along with 100,000 square foot of workshop space and another 100,000 square foot of office space. The construction of the media park at Grange Castle is expected to generate between 1,200 and 1,500 jobs. Once complete, the park will provide approximately 1,800 direct jobs and a further 1,800 ancillary jobs. The initial investment in the development of the media park by Lens Media is expected to be €125,000,000.

Speaking on the decision, Cllr Vicki Casserly, Mayor of South Dublin County, said, “This initial €125,000,000 investment by Lens Media into developing Ireland’s first media park at Grange Castle Business Park once again highlights South Dublin County’s ability to attract global leaders in enterprise. The economic impact of this decision will be enormous in terms of jobs created and the revenue this will generate for South Dublin County Council to reinvest in the County.”

Frank Nevin, Director of Economic, Enterprise and Tourism Development of South Dublin County Council, said, “This investment in Grange Castle Business Park will greatly enhance the existing site and deliver thousands of jobs during the construction phase and the operation of the media park itself. We are delighted to welcome Lens Media to Grange Castle to join Google, Microsoft, Pfizer and many more world-class companies.”

A spokesperson for Lens Media said; “The Grange Castle Media Park will be a world-class facility. Its size and specification will help to propel Ireland into a major world-class player in the screen creative industries, creating thousands of long term and sustainable jobs for Dublin, and all over the country, as we re-emerge from the coronavirus pandemic.”

An Gorta More Information Board in Dublin