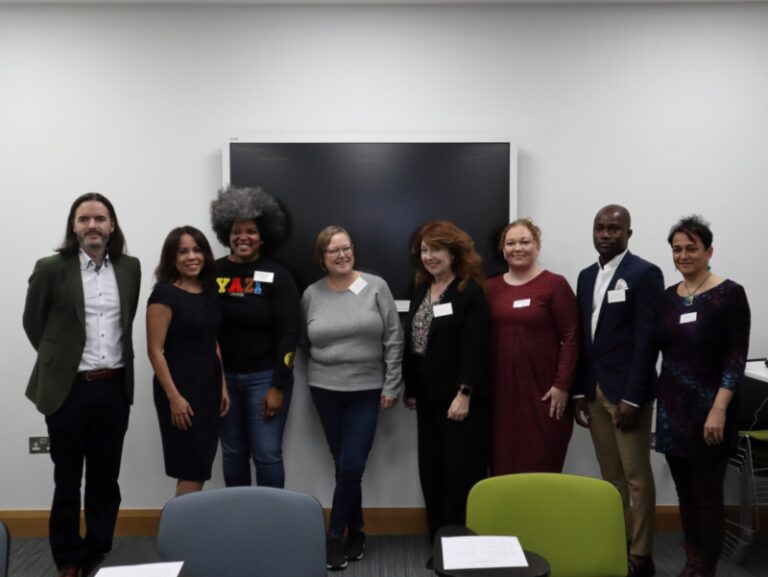 Ms Woodard Henderson said, “The work of adult education is life-changing and life-saving, powerful and to be valued and invested in, transforming lives and supporting democracy and the social good. In the US, we have seen the consequences of neglecting access to education and the undermining of the social good. We are seeing those consequences play out in terms of misinformation, political violence, and a growing threat to our democracy. In these challenging times, I want to emphasise the power and value of adult education, its capacity to transform lives and to support democracy and the social good.”

Ms Woodard Henderson said it was “an incredible honour and privilege” to learn with the lifelong learners of An Cosán, which she described as “a space that encourages people from every walk of life, from all over Ireland and all over the world, gather together for the sake of their personal and professional development.” She described her workshop as an opportunity for participants to individually and collectively identify problems, utopian visions, and make embodied commitments to faithful next steps to see their utopian visions come to fruition.

An Cosán CEO Heydi Foster said the seminar was an “important milestone” in the organisation’s linked partnership with SETU and a welcome opportunity to acknowledge and celebrate the achievements of the first awardees of the new Higher Education course, many of whom came from socio-economic groups under-represented in university settings, including lone parents and asylum seekers. “These are internationally recognised awards that will open doorways for learners and stand the test of time,” she said.

She went on to say that partnership and collaboration were essential for achieving a unified tertiary system centred on the needs of learners. Welcoming the Department of Further and Higher Education’s initiative to promote A Unified Tertiary System for Learning, Skills and Knowledge, she emphasised the need for “partnership that respects the invaluable role played by each element of the system – higher education, further education and community education.”

Thomas Murray, An Cosán’s Higher Education Lead, said An Cosán’s Higher Education Pathway for Non-Traditional Learners Project with SETU championed the importance of community-based Higher Education. “An Cosán works to remove the significant obstacles to learning faced by so many people,” he said. “By enabling the delivery of third-level programmes and awards directly to adult learners online and in their local community centre, our linked partnership with SETU helps meet the recognised need for education providers in Ireland to start local, to involve communities in creating their own future in education, and to create clear pathways between the different education levels.”