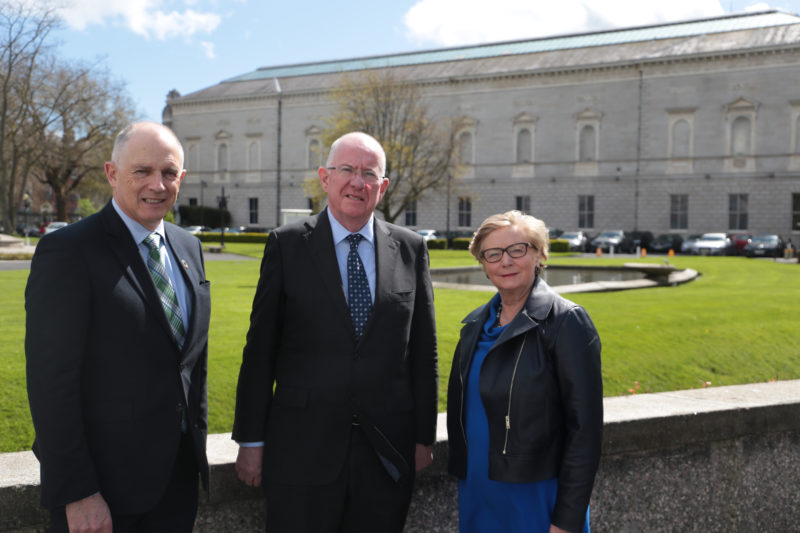 Speaking on the passage of the bill, Fitzgerald said: “Whether through my career as a social worker, my time as chair of the National Women’s Council or my period as Minister; tackling domestic violence has been an issue I have worked on for almost forty years. I do not find it acceptable that anyone in Ireland is subjected to abuse, fear and intimidation. Domestic violence is a pernicious evil that has devastating physical, emotional and financial consequences for victims as well as society as a whole. It is our job as legislators to ensure the State provides effective protections to victims and survivors of such crimes.

“I published the General Scheme of the Domestic Violence Bill in 2015 and introduced the full Bill through the Seanad last year. I was determined that it be a legislative priority and am thankful to my colleagues, Minister Charlie Flanagan for continuing to progress it and Minister of State David Stanton for his hard work throughout the whole process.”

The purpose of the Domestic Violence Bill 2017 is to consolidate and reform the law on domestic violence to provide better protection for victims.

Fitzgerald detailed the provisions of the Bill, saying: “Ireland’s domestic violence legislation needed updating. This Bill responds to the realities of modern life by extending access to safety and protection orders to those in intimate and committed relationships but who are not cohabiting. Courts will also be able to prohibit perpetrators of domestic violence from communicating with their victims electronically under the terms of safety and barring orders.

“It will particularly improve the protections available to victims of domestic violence by introducing a new emergency barring order which can last for up to 8 working days. The court process will be more sensitive to victims of domestic violence too giving them the right to bring a family member, friend or support worker with them and to give evidence by live television link. Restrictions on attendance at court proceedings will be put in place and greater protection of victims’ anonymity.

“There are also specific provisions for children within this legislation. Children will be able to make their views known to the court where an order relates to them, domestic violence orders will remain in place for child dependants after they reach the age of 18 and all provisions allowing for Under 18s to marry will be removed; effectively banning child-marriage.”

Deputy Fitzgerald took the opportunity of the passage of the Domestic Violence Bill 2017 to highlight the societal aspect of this crime.

“While this legislation improves the structures and protections available to victims of domestic violence, it is not a panacea. Laws cannot reach out a hand to a woman in need or promote respectful relationships amongst peer-groups. But we can. In 2016, I funded a new awareness campaign and website called ‘What Would You Do?’ which prompts us all to reflect on our attitudes to domestic violence and asks us to report any incidents or concerns.  I encourage everyone to be vigilant in their communities and talk to friends and family about the need to create a safer society,” concluded Fitzgerald.