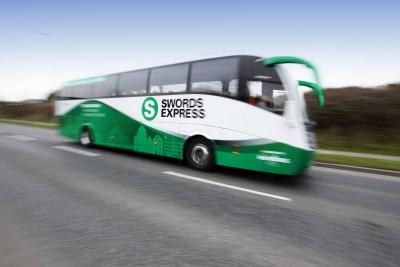 The Government has been accused of ignoring regional-based commuters in its plan to reopen the economy, according to some of the country’s top commercial transport providers.

Decreased capacity levels and an absence of adequate State aid mean that commercial bus operators must now decide whether to double their losses or leave commuters stranded at the roadside.

Four commuter bus companies that have continued to operate through the Covid-19 crisis have criticised the Department of Transport Tourism and Sport for their failure to engage in discussions or to include them in planning despite recognising public transport as a frontline essential service.

The group comprising Wexford Bus, Swords Express, Matthews Coaches and Cobh Connect is seeking discussions with the department regarding contingency arrangements and supports that are required during the five phases of the Government’s programme for reopening the economy.

“Commercial operators account for 14% of all passenger journeys in Ireland, but are not State-funded and are unlikely to be adequately resourced to carry them through the five phase reopening plan,” said spokesperson Brendan Crowley of Wexford Bus.

“At this point our capacity has been reduced to 20 or 25% per coach and soon I am going to be forced to decide whether I put more buses on the road and double my losses or leave customers intending to make an essential journey on the roadside.

“The four companies that are still operating would typically carry over 100,000 passengers a week pre Covid-19.

“Commuter demand will grow with every phase of reopening, but our capacity will stay limited.

“After running at a huge loss for eight weeks, we are now faced with the dilemma of either doubling that or leaving commuters with no way to get to work.

“We all want to be in a position to continue offering this essential service as passengers return to using public transport, but we cannot do it without help.”

The group claims that the Government’s approach is largely Dublin-centric and fails to take into account the needs of commuters from other regions of the country.

“Minister Ross stated in the Dail that ‘it is inconceivable that public transport should not function properly in the present crisis’ yet there has been no discussion between the commercial bus operators and the Minister’s department,” said Mr Crowley.

“The commercial operators along with semi-state companies play a very significant role in the provision of public transport.

“Despite this, the Minister and the Department continue to ignore the difficulties faced by my company and those of other commercial bus operators as we struggle to provide public transport in line with social distancing guidelines.

“While we acknowledge the benefit of the wage subsidy scheme, a plan needs to be put in place for the months ahead in order for bus services to be continued.

“The solution cannot be that commuters are forced to use their own cars to travel to work but that is the inevitable outcome of the current approach that is being adopted by the Department of Transport.”

Museum Are Welcoming You Back!

Call for government to provide masks to commuters