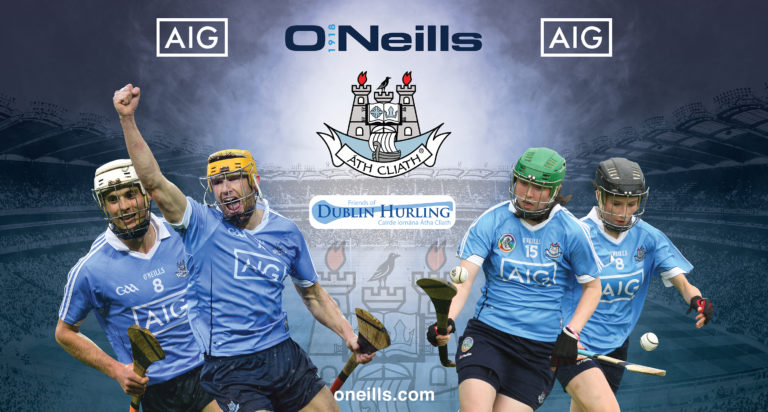 The Friends of Dublin Hurling (FODH) was formed in 2002 by Michael O’Grady, Jimmy Gray and Humphrey Kelleher.

Its purpose emanated from the Blueprint for Dublin Hurling and was to introduce a dedicated hurling culture and project a dynamic image of Dublin Hurling.

Over the past 15 years the FODH has raised over €150,000 in support of Dublin hurling. This money has been principally raised in two ways: membership @ €20.00 per annum and Golf Classics. During that time over 1,000 people have become members and at present we have 400 active members.

Further expenditure is spent on providing buses to away games, donations are made to school, club, county hurling and camogie teams and also a contribution is made to the Underage Elite Coaching Camp.

Over the past number of months FODH has supported Cuala, Dublin North Colleges and DCU Freshers hurling teams. Each of these teams were ultimate winners of the competitions they competed in.

Double All-Ireland Club winner, Dublin and Cuala star David Treacy said “For over 10 years, the Friends of Dublin Hurling have been tireless in their efforts to promote hurling in the Capital at all levels. Be it their support at matches travelling up and down the country or their brilliant fundraising efforts their work is truly appreciated by all the players”

Gareth O’Driscoll, DCU Freshers Hurling Manager and Mentor with St. Fintan’s High School Sutton said “We have benefitted so much from the support that FODH provide to grassroots hurling, they are a fantastic, dynamic group who are truly committed to the promotion of hurling at all levels in Dublin”

This success story can be attributed to a lot of hard work and organisation involving the Dublin County Board, coaches, teachers, clubs and many dedicated players over the years. No doubt the contribution of the Blueprint for Dublin Hurling together with the Friends of Dublin Hurling has played no small part as well.

The FODH are seeking new members @€20.00 per annum and also teams for its Golf Classic in Castlewarden on May 17th, €300 per team of 4 or €100 for a tee-box, to help continue its supportive work in Dublin hurling.

Free and Accessible healthcare is essential