‘Food Waste Heroes’ save more than 57,000 meals from going to waste 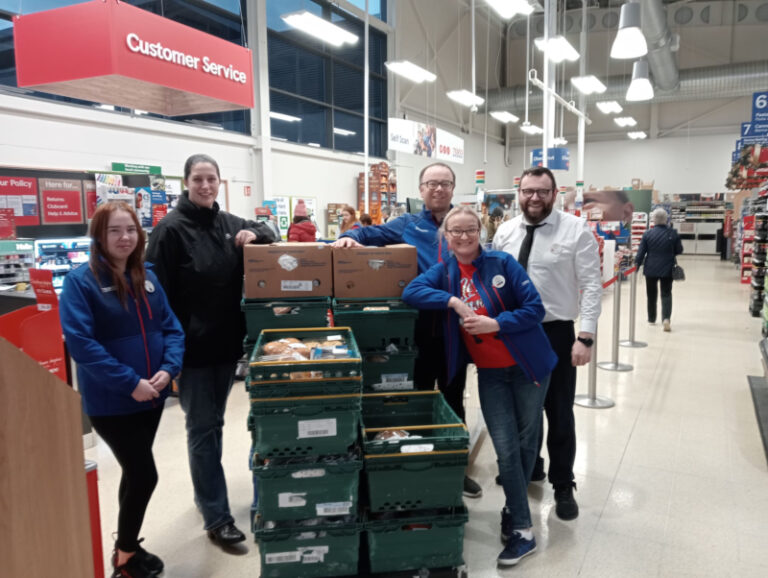 A free sharing app has prevented the equivalent of 312,000 meals from going to waste in just over a year – with over 57,000 saved by Dublin users.

Since Olio first partnered with Tesco Ireland in November last year, the app’s ‘Food Waste Heroes’ have collected the equivalent of 6,000 meals a week from the supermarket’s stores throughout the country to redistribute for free.

Dublin took the top spot with the most active Food Waste Hero community, saving 24 tonnes of food or the equivalent of 57,000 meals.

An army of 1,800 volunteers have signed up to become Food Waste Heroes across Ireland, with hundreds visiting Tesco Ireland supermarkets daily to collect unsold food still fit for consumption – and list it for free on the app so that others can collect and consume it.

“It is so great to see such an active community of Dublin people joining together to fight waste, while helping out their neighbours,” said Tessa Clarke, co-founder and CEO of Olio.

“Our partnership with Tesco Ireland has resulted in a massive 656,000 items of food being diverted from going to waste in just over a year.

“Food waste accounts for one-third of all greenhouse gas emissions and is the single largest emitting sector.

“If we are to fix the climate crisis, preventing food waste should be a priority.”

Dublin OLIO user, Gemma Scudder, 33, signed up as a Food Waste Hero in May and collects from four different Tesco Ireland stores five days a week.

She has listed 1,868 food items to date and given products to 175 people, saving the equivalent of almost 23,000 meals and 7.2million litres of water.

“We signed up thinking it could be a good way to make a few friends locally, while preventing food waste,” she said.

“We went from not knowing anyone in our locality to now knowing so many, so it’s been a massively positive experience, especially since I used to struggle with socialising and even just going out the door.

“Since we get to keep 10% of our collections, the savings to our food bill have also been beyond what we ever expected. Our €1,500 monthly spend on food is now only €400.”

After Dublin, Cork, Louth, Limerick and Waterford were the most active counties using Olio to share food with the app’s 72,000 Irish subscribers.

More than 1,800 people in Ireland have signed up to be Food Waste Heroes since November last year, with 534 collections made each week across the country.

“Tesco Ireland has been donating surplus food through its partnership with FoodCloud since 2014. Last year we made the decision to partner with Olio to help us expand our surplus food donations programme,” said Rosemary Garth, Communications Director, Tesco Ireland.

“This step was another major milestone towards helping us achieve our ambition to ensure that no good food goes to waste.

“Thanks to Olio and their team of flexible volunteers, in 2022 we were able to increase our Christmas food rescue efforts, making sure as much food as possible ended up feeding people in the communities that surround our stores.”

The Olio app can be downloaded from Google Play and Apple app stores. The desktop version is also accessible via olioex.com.