Failings on returning vacant homes back into use 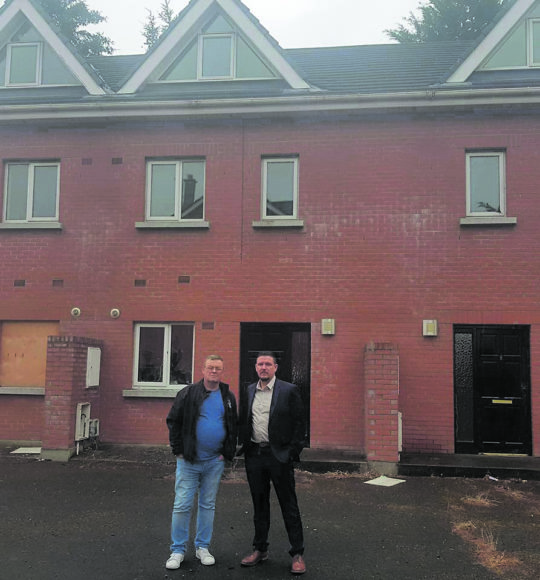 During the recent Dail sitting on Annual Transition Statements on Climate Action and Low Carbon Development with Minister for State, for the Department of Housing, Planning and Local Government, Damien English, Local TD for Dublin Mid-West, Mark Ward challenged the Minister on the Governments failings on returning vacant homes back into use

“These 6 homes have remained vacant for 14 years. These homes are empty for 14 years , slap bang in the middle of Clondalkin, in the midst of the biggest housing crisis in the history of the state without any families occupying them. This is scandalous in the current climate “In my time as a Councillor on South Dublin County Council  I had tried to get the Council to compulsory purchase these homes, but the local authority did not have the power to do so. The book stops with this outgoing Government”

“Right across my constituency you can see the damage  vacant homes have on the whole community. Whilst having a home vacant is an absolute disgrace it is also the problems that vacant homes attract. “Vandalism, Anti-Social behaviour and illegal dumping are just some of the few problems “I have seen  how quite estates have become a target for these activities and the upset this causes for whole communities all because of the environment that Fine Gael policies have  created to allow homes not only to become vacant but to remain vacant.”

“In Dublin Mid-West we have 1000’s of people on the social housing list” “Couples trapped in high rents.” “Families living with their parents, stuck in back bedrooms with their children “Children not living but merely  existing in emergency accommodation”

“The bringing back of vacant homes into use will increase supply and provide new homes for these families and children” “From a climate change perspective, it is extremely beneficial as a lot of the key infrastructure is already in place such as roads and utilities like water and energy”

“Only 1,462 homes have been delivered to date through the three government schemes; Repair and Lease, Buy and Renew, and the Housing Agency Fund. The government’s target was 5600 “During the debate the  Minister admitted he was not satisfied with these figures and I urged him to commit to an immediate, time-limited review of these schemes with a view to setting ambitious targets for the return of vacant homes back into use”