EY Entrepreneur of the Year 2020 Awards 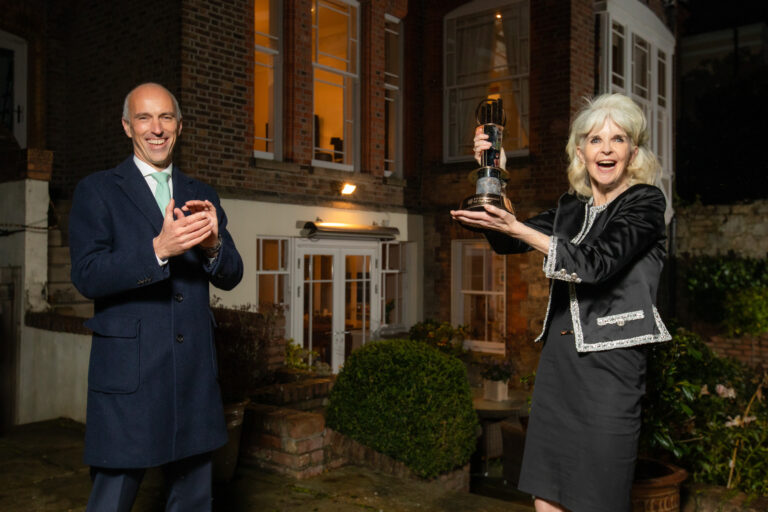 Nicola Mitchell, founder and Chief Executive of LifeScientific has been named the International and overall 2020 EY Entrepreneur Of The Year™. The annual awards ceremony was held virtually for the first time in the history of the programme and attended by an audience of more than 2,000 people, including prominent business and political leaders. Collectively the 24 finalists of this year’s programme employ more than 5,000 people and have revenues in excess of €400 million.

Life Scientific specialises in the development and registration of generic (‘off-patent”) agrochemicals. Founded by world-class entrepreneur Nicola Mitchell in 1995 and headquartered in Dublin, Life Scientific today has a portfolio of more than 60 products available in the EU’s largest agrochemical markets. This is backed up by a strong development pipeline, and clear pathways to expansion outside of Europe, including the US and South America. Life Scientific has enjoyed tremendous growth, and now employs more than 70 employees generating over €60 million in revenue.

John O’Connell, co-founder of West Cork Distillers received the award for EY Industry Entrepreneur Of The Year™. West Cork Distillers was founded in 2008 and is one of the largest, wholly Irish-owned distilleries in Ireland with a distillation capacity of 4 million litres of pure alcohol. With distributors across the globe, its award-winning West Cork Irish Whiskey and Garnish Island Gin are now sold in almost 70 countries.

Matt Cooper, co-founder of Inflazome received the award for EY Emerging Entrepreneur Of The Year™. Inflazome was co-founded in 2016 by Matt Cooper and Prof Luke O’Neill of Trinity College Dublin.   Inflazome is dedicated to improving people’s lives by developing breakthrough medicines that stop harmful inflammation. Inflazome currently has two new drugs in clinical trials: Inzomelid for neurodegenerative diseases in the brain and Somalix for inflammatory diseases in the rest of the body.

Roger Wallace, Partner Lead, EY Entrepreneur Of The Year™ said: “The recognition and celebration of world-class Irish entrepreneurs at the EY Entrepreneur Of The Year Awards is particularly important in 2020, an incredibly challenging year for businesses and the communities in which they operate. This year’s programme had 24 phenomenal finalists, who have continued to thrive in spite of what the year has thrown at them. We hope that their stories and achievements are an inspiration to existing businesses and aspiring entrepreneurs throughout the Island of Ireland.

“We’ve been blown away by the strength and camaraderie of the EOY community this year, as they support, trade and invest together more than ever before. As we emerge from the pandemic, the island’s entrepreneurs will play a pivotal role in the recovery of our economy and our communities and we are firmly committed to supporting them however we can in the months and years ahead. On behalf of EY, I’d like to extend our heartfelt congratulations to each of our three winners. They are unstoppable leaders with integrity, purpose and agility, who each lead exceptional businesses. They are innovators who exemplify the characteristics that drive positive change in business and in society, and we’re privileged to have them in the EY Entrepreneur Of The Year community,” Roger Wallace continued.

Anne Heraty, Chairperson of the judging panel said: “The standard of competition between this year’s finalists was incredibly high. It is brilliant to see so many home-grown entrepreneurs at the forefront of their industries, which is testament to the entrepreneurial spirit that’s so prevalent across the island. Each of the winners’ vision and innovation has been critical to the success of their respective businesses and we look forward to following their continuing success into the future. I’d like to welcome them all warmly into the EOY Alumni community.”

Each year EY presents a Special Award to individuals who have made a significant contribution to life on the island of Ireland through their vision, innovation and commitment to excellence. This year, the prestigious honour was awarded to the Health Service Executive (HSE) and An Garda Síochána, representing all frontline workers whose selfless commitment and contribution helped protect vulnerable members of Irish society during the pandemic.