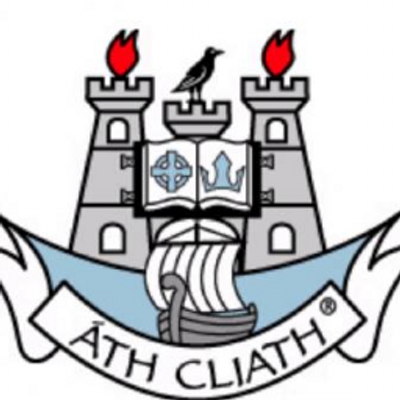 Dublin manager Adrian O’Sullivan hailed the character of his players as they overcame a difficult week in the build-up to their opening Glen Dimplex All-Ireland senior camogie championship Group 1 tie to secure “their first significant championship win in a number of years”.

The pride was evident as O’Sullivan became emotional when he detailed the bereavement and serious accident that had impacted on a number of the players ahead of the 1-11 to 0-12 triumph at Walsh Park.

The teams were level seven times in the first half of an entertaining encounter, with a goal from Aisling Maher in the 25th minute the critical score to make it 1-8 to 0-8 at half-time.

Beth Carton brought the sides level with her sixth point in the 56th minute but Maher slotted a free and after Waterford’s Clodagh Carroll was sent off for a second yellow-card offence by Andy Larkin, Aisling O’Neill added another score to cement the verdict.

“I’m very, very happy with it,” said a smiling O’Sullivan. “That’s their first significant championship win in a number of years against one of the teams who’ve been competing in the knockout stages. We’ve put in an awful lot of hard work to get to this point.

“It was an emotional week. A lot of our players, one of their best friends was in a car crash on Tuesday, and Eve O’Brien’s uncle passed away as well. It was tough to manage, emotionally for a lot of players as well. They went out and delivered there today and you’d have to be proud of them.

“We hit five or six points from play really early on. We were absolutely flying. When you’ve players of the quality of Aisling O’Neill, Aisling Maher, Jody Couch on our side and Beth and (Niamh) Rockett and Abby Flynn on the other side, it was always going to be a cracking, open game. I think it was a good spectacle for the crowd and we’re just delighted to get the win.

“It was a really important win because our group is so tight, everybody will beat everybody else. We didn’t want to be chasing, coming down to the last day looking up or down the table, wondering where the win was going to come from. So I’m buzzing for them. So many debutants and they hurled like a team that had been together for ten years.

“We’re flying fit. Any team that’s going to beat us for the rest of the year is going to have to go to the wire. Conor (Clifford) has them in serious shape and we really saw out the game for the last ten minutes and could go again for another twenty.”

Waterford boss, Derek Lyons was unhappy with some of the officiating but emphasised Dublin’s victory was merited.

“Dublin came down and put in a massive performance,” Lyons acknowledged. “I can’t begrudge them and want to wish them well in the competition. They were deserved winners. On the way we played, they deserved to win.

“We were drawn into that battle in the middle third area that suited Dublin and that’s what dominated the second half, even against the wind. We didn’t get enough people on the ball. We didn’t get enough of a return out of the possession we had. When we had a purple patch, we probably came out of that level. We needed to go ahead once or twice and see what happened.

“Dublin played better throughout the game and over the 60 minutes, they were the better team.

“You’d have to wonder, a girl that’s fouled (Carroll) getting sent off. She was fouled and she ends up getting sent off. Like, I don’t know. I’m not going to dwell on the red card. There were a number of incidents in that game I wouldn’t have been happy with as a manager, looking at some of the frees and stuff we should have got, I thought.

“That’s the way it is. We can argue the toss on those. We lost the game. We have to push on and think of Wexford next week.

“We couldn’t get the breaks. We got a few scores off a purple patch of ten minutes but we didn’t dominate them in the scoreboard in that period. We might have had a goal or two, the ball was lost translating it from one player to the other.

“They were more clinical with the ball and that was the difference I thought. The amount of effort they put into that second half, to be fair to Dublin, they outplayed us in that second half in terms of the breaking ball in the middle third. If you don’t win that area in the modern-day game, you’re not going to win a match.”

Maher was named player of the match and the shiner she sported was indicative of the combativeness of training sessions. The former All-Star praised Larkin for allowing the play to flow and proclaimed the Dubs’ desire to lead the chasing pack behind camogie’s so-called Big Three.

“The first round of the championship, there’s always gonna be nerves,” Maher observed. “You’re waiting to see where you’re at in comparison to everyone else. Waterford are superb opposition. They beat us well in the championship last year so we’d a wrong to right there. We felt we really didn’t perform so we were out to prove a point to ourselves and then everybody else after that as well.

“The top three teams, as everybody knows, have been established for a while. Kilkenny, Galway and Cork have been setting standards for a last number of years but there’s a group of us just below them that are really looking to push ahead and Dublin are determined not to fall behind from that group. We wanna be up at the front leading that pack and pushing to get one of those top three spaces and I think today will be a step in the right direction of proving we deserve to be up there.

“I think we have the talent and we’re putting in the work so hopefully that will show throughout the rest of the championship.

“The standard of camogie is going up every year. I think you can see it there. It was really well refereed. The game was let play. There was a lot of physicality, there was a lot of big hits but I don’t think you’ll find anybody complaining about that. That’s what girls want to be doing. S&C is playing a bigger and bigger role in what we’re doing. Conor Clifford has us well prepped and I’m sure the Waterford girls are the same.

“Everybody’s just raring to get out. Championship hurling in the summer, you want those hard hits going.”

As an indication of O’Sullivan’s assertion surrounding the dog-eat-dog nature of Group 1, injury-time points from Susan Daly and a Chloe Morey free secured a 0-10 each draw for Clare with Tipperary at The Ragg. Cáit Devane, who provided half of Tipp’s tally, did have the sliotar in the net in a dramatic conclusion, but referee Justin Heffernan had blown the final whistle just before the full-forward gathered possession.

In the other clash, All-Ireland and National League runners-up Cork overcame Division 2 League winners Wexford by 2-14 to 1-6 at Bellefield, with Amy O’Connor scoring 2-3 and debutant Emma Murphy particularly noticeable with a four-point contribution from play. Joanne Dillon struck the goal for the home team.