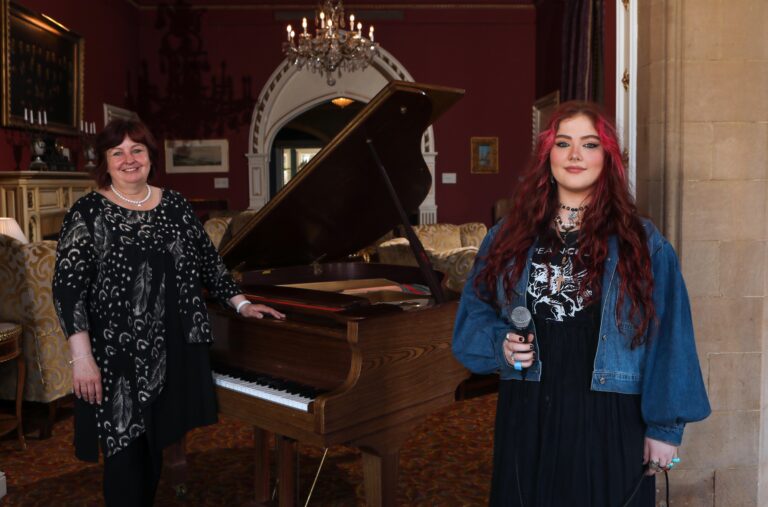 A teenage star who duetted with Whitney Houston as a seven-year-old girl has now been heard by millions after becoming the voice of a campaign to celebrate the re-opening of hospitality.

Dublin sensation Zena Donnelly, now 18, composed and performed the soundtrack of a new TV and radio drive for Hastings Hotels – which was heard by 16million people.

“I can’t believe it has been heard by so many people and the reaction has been incredible, so it’s onwards and upwards from here,” said Zena, from Blackrock.

“I have been composing and singing for years, but collaborating with Hastings was a totally different experience.

“I typically write songs for myself and they very much reflect my style and personal experience, so working to balance the input of others and my own creativity was a welcome challenge.”

Zena shot to fame in 2010 at the age of seven when Houston invited her onstage to sing ‘The Greatest Love of All’ at the then 02 Arena – after noticing her handmade poster, reading: “I love you Whitney, can I sing with you?”

Her talent was discovered a year earlier by RTE’s Late Late Show during nationwide auditions and a solo performance on its annual Christmas Toy Show followed.

She previously starred in Cinemagic’s feature film ‘A Christmas Star’ and has enjoyed a number of high-profile performances, including a solo at the Queen’s Jubilee Royal Gala Performance.

She also made it to the last 12 on Pixie Lott’s team in ‘The Voice Kids’.

The ‘Have a Giant Stay’ campaign featured some of Northern Ireland’s best loved landmarks and was seen and heard by 16 million people across TV and radio on the island of Ireland.

“We got to record in The Sound House in Belfast, which was really cool, it’s funny because the one thing I have yet to do is actually release my music so this has all been really inspiring,” said Zena.

Some of the locations featured in the campaign are Co Down and the breath-taking Mourne Mountains, horse riding on a beach in Carnlough, sightseeing in the Walled City with the famous Derry Girls Walking Tour, as well as action-packed activities for thrill seekers.

“We wanted to create something really special to mark the reawakening of Northern Ireland’s tourism and hospitality industry and we really believe we have achieved this through our ‘Have a Giant Stay’ campaign,” said Julie Hastings of Hastings Hotels.

“We commissioned the fabulous Zena to really help tell the story and she wrote the most beautiful, vibrant song that encapsulates the campaign perfectly.

“Our local tourism and hospitality industry has had a busy summer after what has been a very difficult year and we really want to keep the momentum going throughout the autumn and winter.”

The advert, including Zena’s vocal performance, can be viewed at: https://tinyurl.com/HastingsZenaDonnelly.