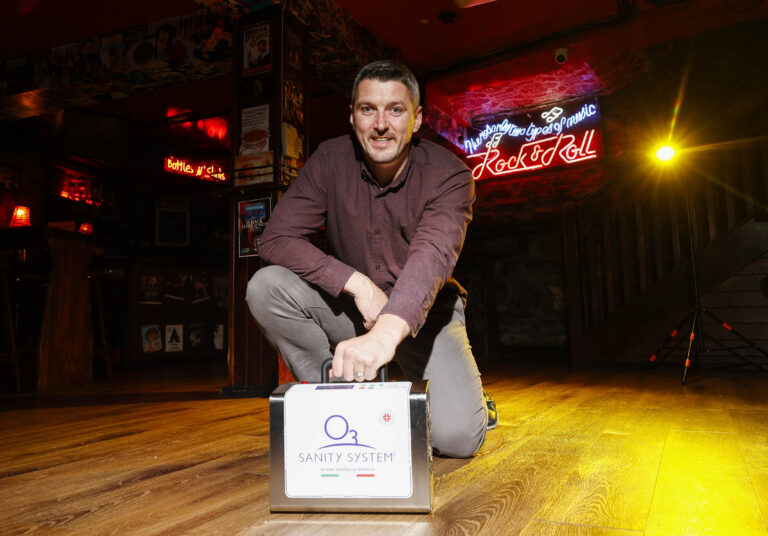 A Dublin nightclub owner has urged the Government not to leave the entertainment industry on another knife edge if Covid cases continue to rise.

Danny McGowan said night life could have re-opened sooner – and without the “absolute mess” of new legislation.

The owner of McGowan’s in Dublin’s Phibsboro said practical solutions such as air-cleansing ozone machines and CO2 monitors are now a crucial part of keeping the sector open.

McGowan’s and sister club, Bad Bobs in Temple Bar, have invested in mobile ozone machines, which he says have given staff and punters a huge level of reassurance.

“The Government could have re-opened night life earlier and recognised venues were doing everything they could to guarantee safety with many, like us, using ozone devices.

“Instead, it was left to the last minute for owners to figure out the new legislation themselves,” said Mr McGowan, 40.

“The industry is doing everything it can, the last thing owners need is to be put on a knife edge, they want to remain open.

“From our point of view, every customer coming into our place is vaccinated and the machines we use effectively vaccinate the building every day.”

McGowan’s, also a restaurant and late bar, has two dance floors and welcomed revellers back last week – but Mr McGowan said some staff felt like ‘fun police’ as they encouraged customers to abide by Covid regulations.

“We were really thrown in at the deep end. It was difficult and there’s always going to be a few teething problems, you’re putting in a queuing system that sometimes doesn’t work and getting the customers to listen to you explaining the rules is the hard bit.

“But most people won’t break the rules knowingly.”

Mr McGowan said preparations to re-open the nightclub sector and plans for a ticketing system have been “an absolute mess”, meaning venues like his had to take safety into their own hands.

“From our point of view, it is as important for our staff as it is for our customers, to be able to stand over our levels of cleanliness and safety.

“Having these machines in place guarantees to our staff that the building is as clean as we can possibly make it.”

The mobile ‘plug and play’ devices use ozone gas to purify air and surfaces of indoor spaces and can also be used in schools, workplaces or vehicles – meaning glass, carpets, walls and other areas are safely cleaned.

The procedure then reverses itself to remove any remaining ozone so the premises can be used as soon as the process finishes.

New legislation which came into effect last Friday, means nightclubbers must buy tickets an hour in advance, bearing their names and contact details. Patrons must also maintain a one-metre distance in queues for the bar.

Venues face fines of €2,500 if they flout the regulations.