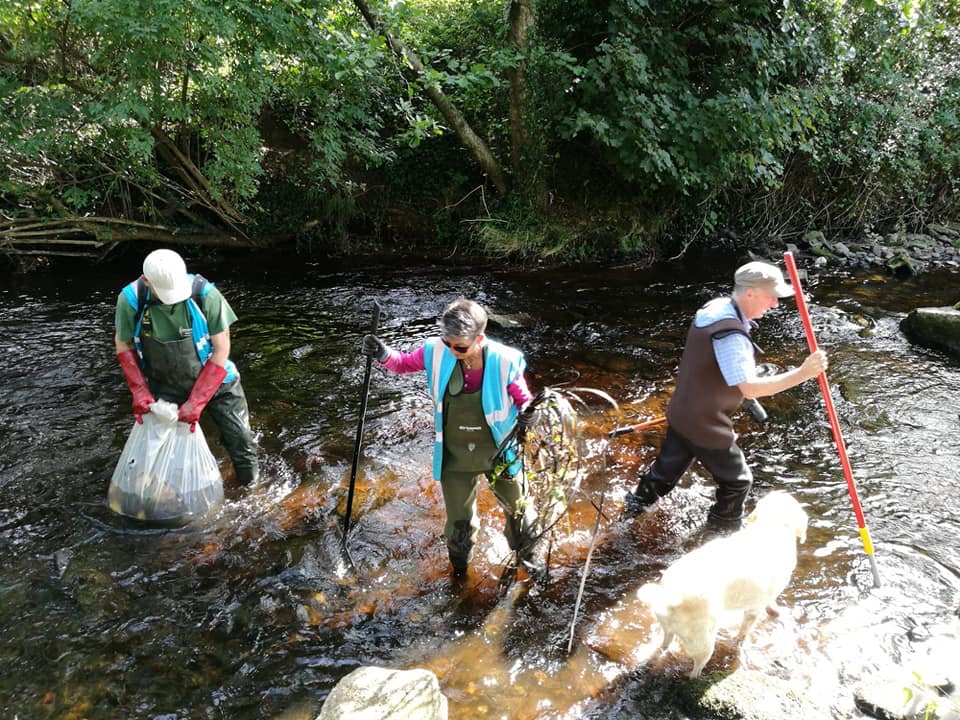 Another huge recent effort cleaning the Dodder and surrounds in a beautiful part of Tallaght. 15 volunteers, 4 dogs and a very brave cat collected over 30 bags of rubbish with lots of bigger items including car parts, a door frame, a hand saw, a huge knife, part of a couch and the obligatory shopping trolley. The group wish to thank their wonderful volunteers and of course volunteers from Dodder Action. 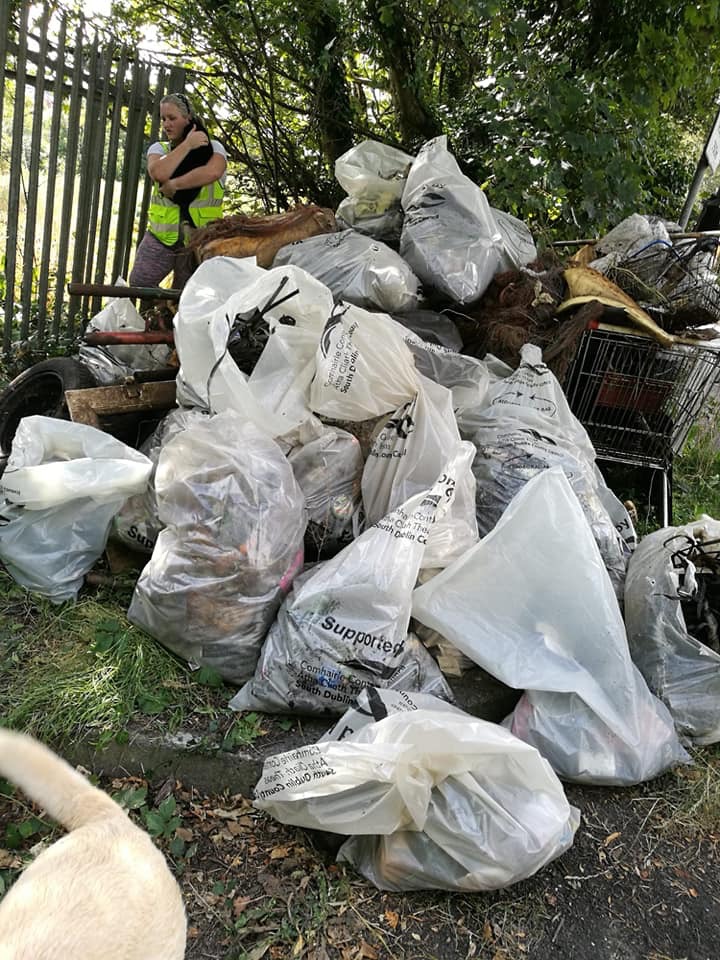 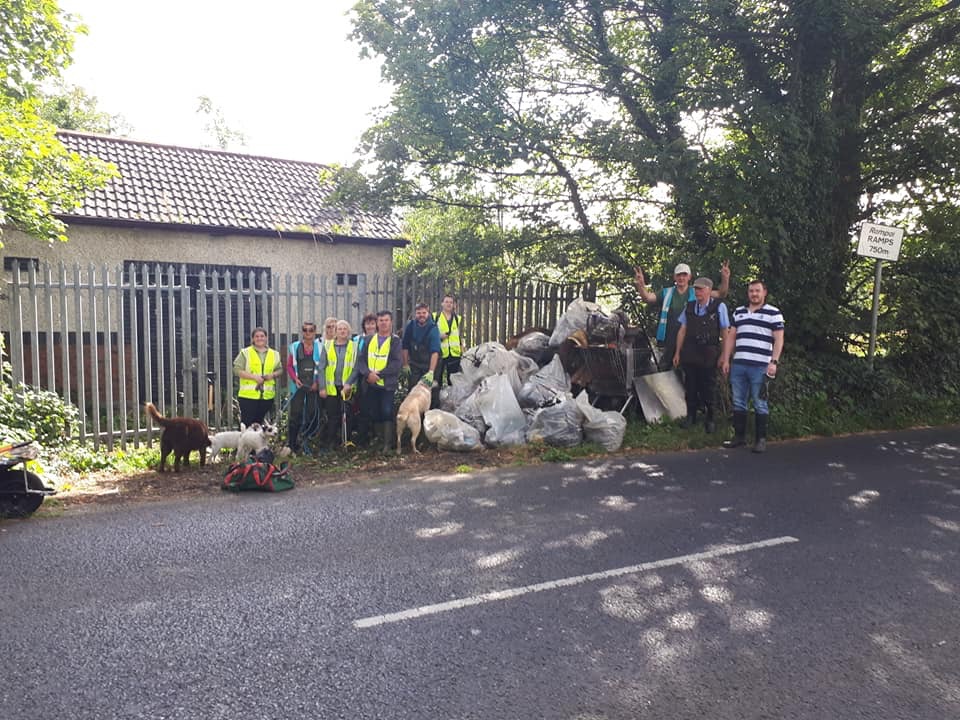 With 15 volunteers, 4 dogs and 1 cat the Dodder Valley Litter Mugs got to work recently.
Local litter mug Christine Barretto explained “It was decided to get into the wild area on the Kiltipper road leading down to the river, with land based and river based volunteers. From the river a door frame, shopping trolley, hand saw, car parts, large knife and many other large pieces of metal were dragged up the bank. The area was very wild and hard to access however areas of historical fly tipping were uncovered, among the discoveries were couches, wheel barrows, a huge amount of alcohol bottles, garden waste and general household waste.
This beautiful area of the Dodder is hugely biodiverse in its flora with an abundance of wildflowers which evidently provided food for the butterflies, bees and other creatures. It is also a wildlife haven with signs of foxes, badgers, otters, pine martens, bats and wonderful birdlife.
Volunteers from Dodder action once again turn out to help with improving the water quality of the river. Alan Edge a regular volunteer at the clean ups was once again getting his waders out and getting stuck in. Climate ambassador again in attendance recognised that there were worrying signs of fly tipping in this area. There are a number of new volunteers turning up which is very encouraging. A motorbike had to be left in the river unfortunately as the equipment needed was not to hand to remove this.”
Some of the volunteers also attended a local clean up in Crumlin recently with Crumlin Community Clean up group which also saw removal of many large items from the river Poddle. All in all 30 plus bags of rubbish removed with many many larger items not for bagging. This was a massive effort which yielded great results. If you are interested in getting involved in our next clean up follow us on facebook.com/DodderMugs or twitter @DodderMugs.

PrevPreviousIs this how you dispose of your dog poo?
NextClimate Change Action Plan (CCAP) 2019-2024Next
NewsGroup

Baking With Newsgroup; No Sugar Flapjacks

Vacant Accommodation needs to be allocated to Frontline Healthcare staff