CUPRA’s most rebellious interpretation of an urban electric car 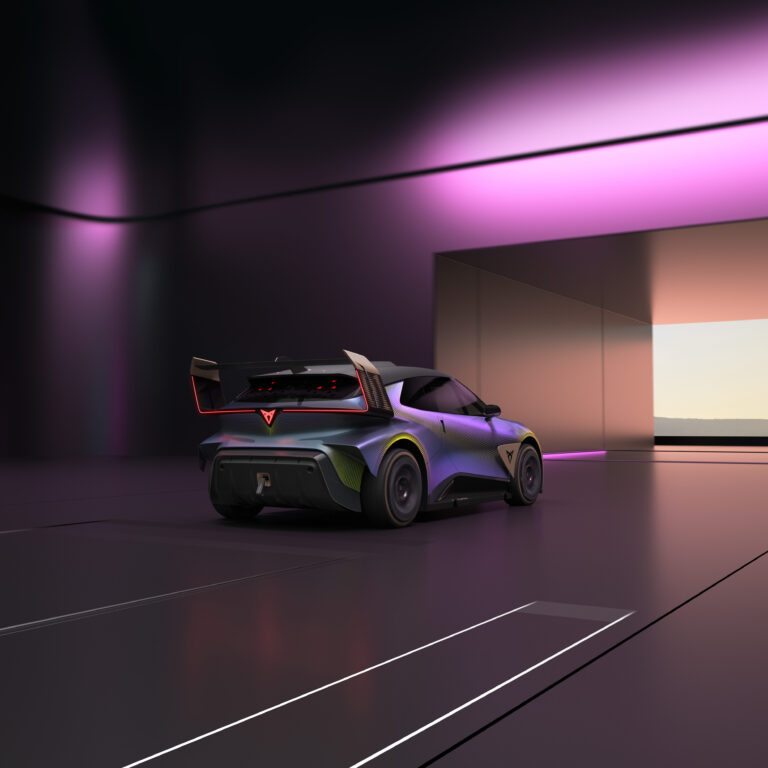 CUPRA is pushing the limits with its most radical interpretation of an urban electric car. The race car mixes pure electrification, sustainability and performance with the exciting aesthetics of the virtual world. The CUPRA UrbanRebel Concept gives an idea of the future design language of the urban electric vehicle, which will be launched in 2025.

Racing is at the core of CUPRA’s DNA and that’s why the company decided to present the vision of its 100% all-electric urban vehicle first as a race car with bold and sharp looks: the CUPRA UrbanRebel Concept.

“The CUPRA UrbanRebel Concept is a radical interpretation of the company’s urban electric car, due to be launched in 2025. This racing concept gives an idea of the design language of the future street-car and will inspire its creation” said Wayne Griffiths, CEO of CUPRA. “The urban electric car is a key strategic project not only for our company, but also for the Volkswagen Group, as our aim is to produce more than 500,000 urban electric cars per year in Martorell for different Group brands. The urban electric car will democratise and make accessible electromobility to the masses.”

The CUPRA UrbanRebel Concept builds on the design foundations of the 100% electric urban vehicle, that will be launched in 2025. The road version will mix astonishing design and amazing dynamics and will be based on the Volkswagen Group’s MEB short platform.

It represents a revolution in the brand towards a more progressive design language, while maintaining the values that identify each CUPRA model: its sportiness and character making it an unconventional challenger brand.

“The CUPRA UrbanRebel Concept injects a gamification look to the racing car, projecting a radical interpretation of the company’s urban electric car,” said Jorge Diez, CUPRA Design Director. “Each contoured line and sculpted surface in the design is brought to life by a livery that uses kinetic particles to add movement to the surface as light shifts across it.”

This racing version will influence the road version of the urban electric car, but the core elements are enhanced to give the vehicle an even more rebellious character.

The CUPRA UrbanRebel Concept is rooted in the design philosophy of CUPRA: an emotional and genuine design that stands out thanks to striking and athletic lines, a bold expression, with a gender-neutral approach and amplified by the electric era.

This is demonstrated in the design identity of the CUPRA UrbanRebel Concept:

–         At the front, the shark nose was created using a negative surface. The front face is also emphasized by the new triangular signature in the headlamps.

–         Its wraparound window graphic generates the visual effect of a helmet – as in the CUPRA Tavascan Concept – and gives continuity between the windows around the whole car to deliver the effect of a floating roof.

–         Moving to the side, the car shows athletic proportions, thanks to the wedge line – from the C-pillar to the front door – with diagonal sculptural surfaces., that create tensional contrast. The rear view of the UrbanRebel Concept shows athletic shoulders, in a new interpretation of the design seen in the CUPRA Formentor.

–         The rear features an iconic design thanks to horizontal proportions. On top of that, the large spoiler – a nod to racing cars seen in the virtual world – gives it an imposing sharp look underlined by the negative surface beneath it.

With a total length of 4,080mm, a width of 1,795mm and a height of 1,444mm, the car teases the proportions of the future urban electric car in a racing disguise.

The CUPRA UrbanRebel Concept delivers 250kW of continuous power and up to 320kW at its peak. It can accelerate from zero to 100 km/h in only 3.2 secs.

The CUPRA UrbanRebel Concept mixes pure electrification, sustainability and performance with exciting aesthetics influenced by the digital era. It gives an idea of the future design language of the urban electric vehicle, that will be launched by the company in 2025.

The CUPRA UrbanRebel Concept will be unveiled at the preopening of the new CUPRA City Garage in Munich, during the IAA Munich International Motor Show.