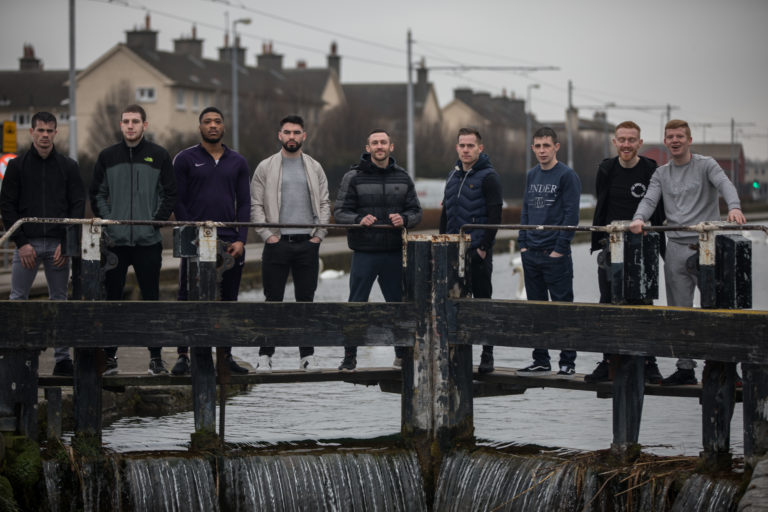 The popular ‘Celtic Clash’ fight series rolls into Drimnagh soon but, with a bit of luck, it may not be long before professional boxing makes its return to Tallaght also.

Saturday, March 24 will see Boxing Ireland and Tony Davitt Promotions run ‘Celtic Clash 5’ at Good Counsel GAA club. The headline attraction is a rematch of a 2017 Irish Fight of the Year, with Youghal’s Colin O’Donovan and Sallynoggin slugger Stephen McAfee set to go for war again over eight-rounds for the BUI Celtic super featherweight title.

Tallaght will be represented on the show by Carl McDonald, and the super bantamweight is hoping a big domestic fight down the line – and not just one against another Irishman. ‘The Cobra’ believes a fight with fellow Jobstown fighter Dylan McDonagh could be a clash which brings pro boxing back to the area after over five years away.

McDonald has two wins and a loss to his name, most recently being defeated on points over six rounds in a high-profile bout with Bray’s Regan Buckley back in September on Celtic Clash 3. Next is a matter of redemption for the returning McDonald who remains disgusted with his display that night.

The father of two is perhaps being overly harsh on himself when he says that “it was probably the worst ever Carl McDonald, amateur or professional. I had so much stuff going on, outside of the ring, it got to the stage where it [the fight] was the last thing on my mind, I didn’t care. That was my worst performance of my life, I was gone after about a minute and a half.”

“After the last fight, I knew I needed to take time away, just to get the head right. I took a couple of months away from the gym, just forgot about boxing, enjoyed my Christmas, went on a holiday, me and the missus went to New York. I feel like a new man now, I feel great. I’ve got the head straight, I’m where I need to be.”

It really is a fresh start for McDonald who, at 28 years of age, is keen to progress quickly. The Eddie Hyland-trained boxer outlined how “I’d jump back into a big fight tomorrow. I want to get this one out of the way, then I can push on for a title, an Irish title or something. Realistically, I think I can be up there at European level, that’s what I expect out of myself, I know I’m good enough when my head’s right, that’s the main thing, and it is at the moment.”

“I’m 29 in the Summer, I’ve limited time left in this game. The sooner the better for me. I’d fight forever if I could but, obviously, your body doesn’t let you. Especially at the lighter weights, you tend to have to knock it on the head earlier.”

And so it comes back around to a potential fight with Dylan McDonagh, a rematch of an amateur meeting back in 2015 won by McDonald. The match-up has been mooted in Irish boxing circles recently and, while there is no pantomime hatred between the pair, McDonald feels it could be a great occasion for the area.

He explained how “there’s no needle, Dylan’s a nice fella, I like Dylan – but it would make a great fight for Jobstown, that’s one thing that’s for sure, a Jobstown derby. Growing up, we had two Jobstown clubs, you had Golden Cobra and you had Westside, I’m from one and he’s the other.”

“We got it in the all-Ireland Intermediates – me and Dylan fought in the amateurs – but the unfortunate thing was that it was the quarter finals and it should have been the final. It was a great fight. I’m sure, down the line, it’s a fight that both me and Dylan would be interested in – for the area. There’d be a great buzz in Jobstown for that fight.”

However, before we can start dreaming of a return to Tallaght, McDonald must get back to winning ways in Drimnagh and he just can’t wait to step through the ropes again. The cheerful character notes how “I’m looking forward to it, I feel like it’s going to be a new me!”

Tickets for the fight night are priced at €55 (ringside) and €35 (unreserved) and are available from the boxers involved. Carl McDonald can be contacted at 085 723 6164 or via the Boxing Ireland Promotions facebook page.​​ ​