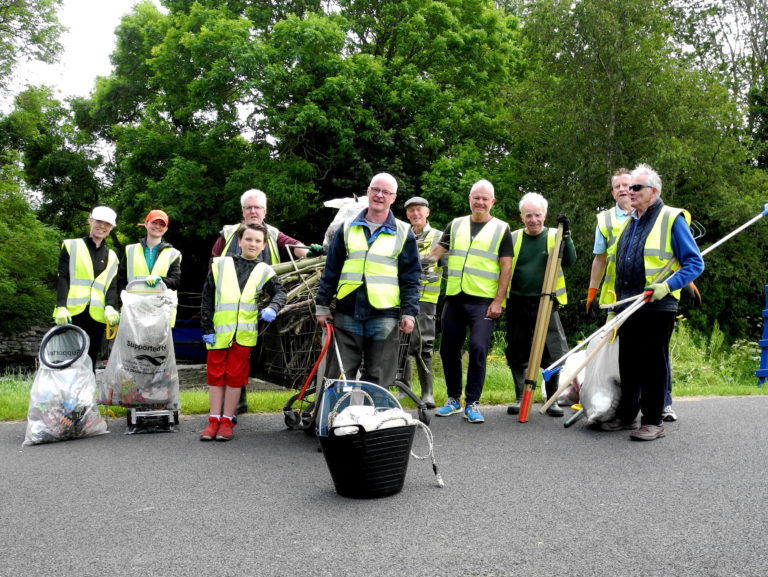 It is with great excitement South Dublin County Council would like to congratulate all the dedicated Tidy-Town Committees throughout the County on achieving great results in the 61st Annual SuperValu National Tidy Towns competition announced at the Helix, Dublin City University in Dublin on 30 September 2019. All of our Committees increased their scores by at least eight points this year, with Rathcoole entering the competition for the first time, with a very healthy start. In addition to the increase in scores, Lucan again achieved a bronze medal for the third year in a row, and this year three of our committees achieved Special Recognition Awards: Brittas – County Endeavour Award, Ballyboden TT- Sustainable Development Award and Friends of the Camac, came highly commended with a huge congratulations – taking the Overall Waters and Communities Award.

The Mayor of South Dublin County Council, Cllr. Vicki Casserly said “I would like to congratulate all Tidy Groups in South Dublin County Council who again increased their scores in the 61st National Tidy Towns Competition. I would also like to acknowledge the huge effort and commitment by all the volunteers in our County involved in their local Tidy Towns. Thank you to you all for your fantastic contribution. A special congratulations to Lucan, who achieved a bronze medal for the third year running, to Brittas, Ballyboden and Friends of the Camac for their Special Recognition Awards, I am delighted with their hard work and commitment which has paid off and is recognised in this competition”

Pat O’Sullivan from Clondalkin Tidy Towns added “Clondalkin Tidy Towns [CTT] was formed in 2012. In seven short years CTT has achieved a great deal. Our success has been earned through hard work, teamwork and the sum of its ‘parts’. Those ‘parts’ include many people of diverse backgrounds, skills, talents and a common desire to make Clondalkin a better place to live and work in. Their voluntary ethos is second to none. An integral component of our success has been the financial support of many local businesses and residents. However, it has been the core funding by South Dublin County Council that has enabled, empowered CTT to undertake and complete many successful projects. CTT are delighted and proud to be one of the 918 National Tidy Towns groups taking part in this year’s SuperValu competition.”

This year, South Dublin County Council are again honoured to work in partnership with Lucan, Clondalkin, Newcastle, Woodstown Village, Palmerstown, Brittas and Ballyboden Committees, and newcomers Rathcoole, who worked tirelessly throughout the year to improve their environments and take pride in their communities. South Dublin County Council are committed to working in partnership with all our existing committees and are delighted to announce that we have two new committees based in Tallaght Village and Saggart who are preparing to enter Tidy Towns 2020.

Clondalkin was announced as Regional & National winners of the Waters & Communities Awards. A brilliant achievement also in increasing their marks by 11 points from 2018 to 298. Clondalkin a beautiful village with the Camac flowing through it. Both groups Clondalkin Tidy Towns and Friends of the Camac work tirelessly to improve the local environment.
Pic:  Friends of the Camac volunteers at a recent monthly clean up on the river. 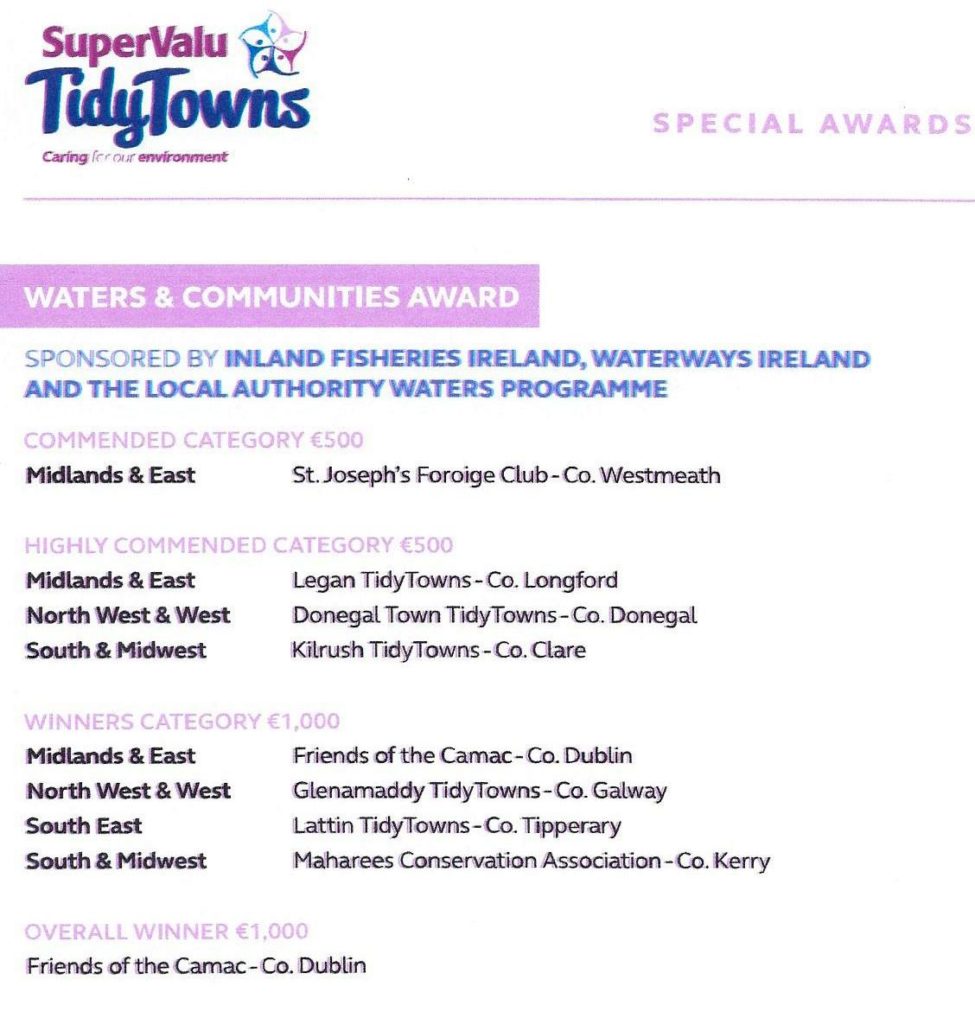