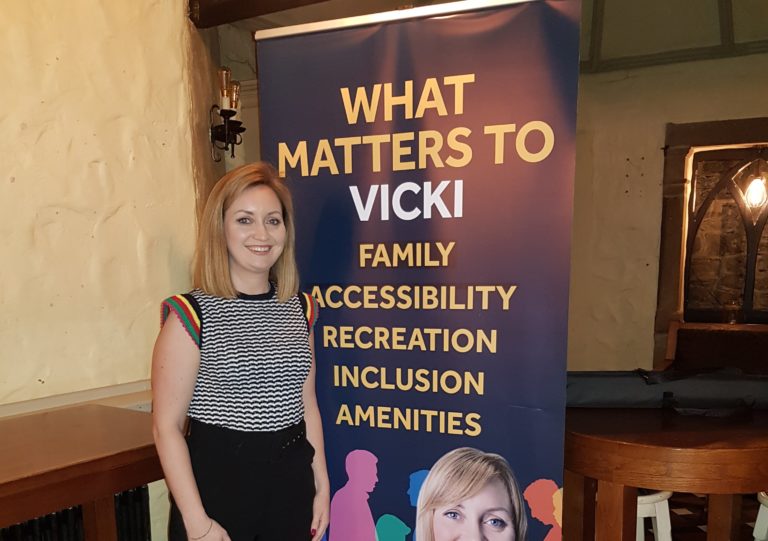 On the 14th March, Lucan Councillor, Vicki Casserly was formally selected to contest the upcoming local elections for Fine Gael along with Caroline Brady as her running mate. Cllr Casserly commented “Four and a half years ago, I stood in front of the Dublin Mid West Constituency, as a new candidate.  New to politics, but not new to my role as an advocate. I stood before residents seeking trust and confidence to allow me to commence my journey to be elected as your Fine Gael Local Councillor for the Lucan Ward. I promised to be a hard worker, committed, energetic and enthusiastic. I assured you I would provide a vibrant fresh voice to our area, and on that I delivered. I look back on my first council meeting, I wanted to set out my stall as they say and demonstrate I was true to my word from the outset. I was elected on my strengths, one of them being empathy and full understanding of the meaning of equality and diversity and how important that is in the formation of an inclusive community.  My very first motion was to call on the Chief Executive to host a civic reception for local sporting heroes. However, this was to include, which had not been done previously, Paralympians, special Olympians, and Women’s Rugby Team. Different walks of life that had been left under the radar and not treated with the equality they deserved. My motion passed unanimously cross party. And so, my journey began”.

Casserly has five pillars in which she works by 1. Family, 2. Accessibility, 3. Inclusion, 4. Recreation and 5. Amenities. The local Cllr. accepted positions on many committees in South Dublin County Council which she felt she could utilize best for the local area. Vicki added “I sat on the Community and Sports, Strategic Policy Committee, South Dublin Sports Partnership Committee, 300K Have Your Say and The Dublin Mid Leinster Regional Health Forum, to which I was the only female chairperson in the 5 year term. These committees played an integral role in assisting me evolving the face of Lucan and our county”

One of Casserly’s main pillars accessibility is vital to her work in the community, she said “An important pillar in the delivery of my work was to ensure Lucan becomes more accessible for all. By that I mean improved infrastructure, tactile, visual and sensory tools used to enable all residents in day to day life. I have become a one-man mission on the dishing of kerbs, not just for the benefit of wheelchair users, parents with prams, elderly, and young alike, making all crossings safer for all. We are not there yet, but I assure you we are getting there. South Dublin County Council welcome my ideas in progressing this. We developed a text alert system for misuse of accessible parking bays in the village, we are trialing new signage, indicating narrowing of footpaths which cannot be made wider, with directional signage to a safer route. I called on South Dublin County Council to consider guidance strips in the village to assist with those with visual impairments. I carved a role for myself as the strongest advocate in the chambers for these improvement measures and I am proud to stay, I have not had any motion defeated on the grounds of my progressive, inclusive agenda. This is a challenge in a left lead council which is no mean feat.”

Inclusion is also a key point, with delivering equality in education Casserly is an advocate for people with special needs and campaigns for equality in every walk of life. Vicki added “I have called on the HSE, the Minister for Health and Minister of State for Disabilities to make provision for necessary clinical support to allow for the establishment of dedicated Speech-and-Language Therapy Classes in primary schools in the Lucan area. I have also asked for this objective to be included in the next HSE Service Plan. €17m  was secured for Lucan Swimming Pool after a successful campaign for a #Pool4Lucan. The campaign was supported by all local councillors, Minister Ring and Deputy Frances Fitzgerald. The Council committed to increase its contribution from €9m to €13m in order to allow for modern disability designs to ensure the pool is inclusive of people of all abilities. As a campaigner on inclusion this is something, I’m particularly proud of.”

Casserly also had a part to play in social change which is evident from involvement in national campaigns such as the debate for repealing the 8th amendment and becoming a Barretstown Ambassador, she concluded “I have played a role in national campaigns too, although challenging, I understood it was the role I could play for social change. This included respectful debates around Repeal the 8th, the passing of the Marriage Equality Bill, Barretstown Ambassador and Cara Ambassador promoting inclusion in sport. It was an honour to be a keynote speaker with Minister Charlie Flanagan and Minister Brendan Griffin at the Aviva Stadium on these issues and I believe it has led to positive change.”

Cllr. Vicki Casserly will seek Lucan resident’s No. 1 vote in the upcoming May local elections, so that she can continue the work she does not just within the area of disabilities but within the Lucan area in which she has lived all her life, now with husband Dan and two children.