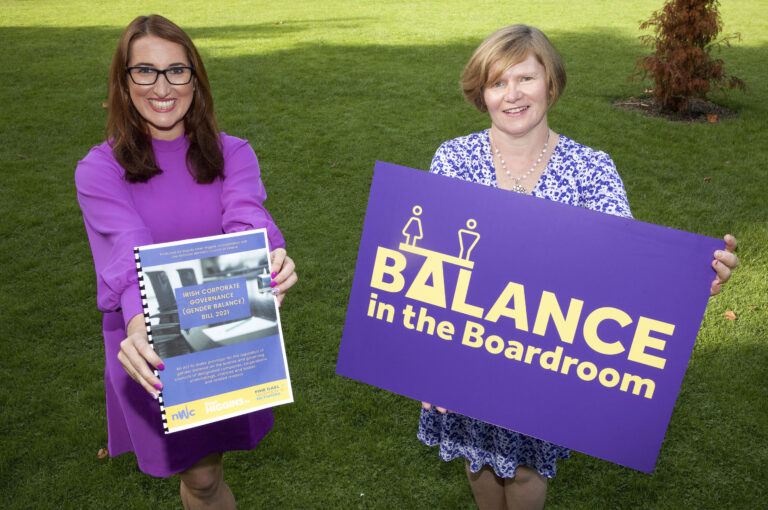 Ireland has moved another step closer to achieving better gender representation on our corporate boards, a local TD has said. TD for Dublin Mid West, Deputy Emer Higgins was speaking after the Second Stage debate in the Dáil recently on her Private Member’s Bill, the Irish Corporate Governance (Gender Balance) Bill 2022. The Bill would require all companies to have 33% of each gender on their board within a year of commencing the legislation, and 40% within three years.

Deputy Higgins said: “The international experience tells us that quotas are an effective way of improvement the representation of women on corporate boards and it is my ambition that this Bill will pave the way for balanced representation of both men and women in leadership roles in business. “Boardroom gender quotas have been successfully implemented in a number of European countries. They are advocated at EU level and were a recommendation of the Citizens’ Assembly on gender equality last year,” said Deputy Higgins.

“A recent report by the National Women’s Council of Ireland sets out the impact that boardroom gender quotas could have in Ireland, and I was delighted to collaborate with them on this Bill. “Currently, we use soft targets to measure and drive the representation of women in the boardroom and it is a welcome start, however, gender balance in our boardrooms is not improving quickly enough. “We have made good progress on state boards but it has took us 25 years to reach the target of 40%, which was first introduced in 1993 and we simply can’t wait that long to see similar progress on non-state boards.

“A recent report by Balance for Better Business showed that only 19 of the 39 listed boards have met the 2022 targets of 30% female representation for the ISEQ20 companies and 22% for the other listed companies. “ISEQ20 companies now have an average female representation of 32% at board level which is very welcome, however, the boards of other listed companies have an average of only 23% female representation and 13% of all listed Irish companies have no female board members at all. “So while targets are improving the situation somewhat, they’re not doing enough which is why we need quotas. The case for legislative gender quotas on boards is made all the more convincing when we look at the international experience.

“Norway was the first country in the world to impose gender quotas on boards back in 2006 and in doing so increased their female representation on board from 5% in 2001 to 40% in 2008 within two years of enacting their legislation. “Norway is not alone; they are top of a growing list of countries favouring gender quotas as a means of boosting gender balance on corporate boards such as Belgium, France, Germany, Iceland, India, Italy, Pakistan and Spain who have all seen the benefits of quotas. I think it is time that Ireland follows the example of so many of our European neighbours by introducing gender quotas in our boardrooms.

“After over 10 years of having this discussion at a European level, an EU deal to introduce 40% gender quotas at a board-room level has now been agreed which I think makes it is the perfect time to advance the Corporate Governance (Gender Balance) Bill 2021. “There is no reason Ireland should be waiting until 2026; we need to get a head start and ensure we are more than ready to implement EU measures when they are introduced,” added Deputy Higgins. “Quotas redistribute power at the top of the labour market and that has positive trickle-down benefits for middle-management, recruitment and improving financial performance.

“Including women in the boardroom ensures that companies draw from a wide range of talent and more diverse perspectives are incorporated which leads to greater innovation, higher productivity, and better working conditions and these findings are evident in the research of Deloitte, McKinsey, Credit Suisse, Catalyst and MSCI. “The 2020 McKinsey & Company Diversity Wins Report actually found that companies whose boards are in the top quartile of gender diversity are 28% more likely than their peers to outperform financially. “The research and the international experience speak for themselves – balanced boards are better for representation and the advancement of women in corporate world and also lead to better business and financial outcomes.

“This Bill is about breaking the cycle of replacing like with like and encouraging organisations to look outside the box or their norm when recruiting executive board members, to give more women a chance and to start putting the work in now to ensure the talent pool of board-ready women only gets bigger. “And it is my ambition that both men and women will have equal opportunity to not just get their foot in the door, but to earn a seat at the boardroom table,” concluded Deputy Higgins.