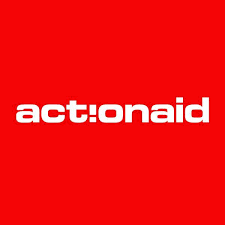 Former TD Marcella Corcoran Kennedy, who sits as chair of the FGM Working Group as part of Oireachtas Women’s Caucus and  will attend today’s graduation ceremony said: “It is time for a national committee led by Government and expert stakeholders on this issue to urgently work together to develop a National Action Plan on the elimination of FGM. We need to have a clear co-ordinated action plan to support woman who have undergone this barbaric practice and ensure that no more girls or women have to endure it and it’s traumatic consequences”

The 2021 AFTER project, funded by Rethink Ireland under their Social Innovation Fund, was delivered over twelve workshops in four Direct Provision centres around Ireland: two in Cork, one in Sligo and one in Dublin. The project is targeted at women living in Direct Provision who are predominately from FGM practicing countries, though all women in the participating centres were welcome to join.

As the project could not be delivered face-to-face due to coronavirus restrictions, it was carried out online over 12 Zoom sessions.

Ola Bakinson, who facilitates the project on behalf of ActionAid said: “Despite this new way of working, the project has had a big impact. All of the women who took part said that they had a clearer understanding of what FGM is and are committed to ensuring that no one in their family undergoes FGM. They also showed a greater understanding of the law with regards to FGM in Ireland. The participants told me that they felt that the project went much further than addressing FGM and also helped them to recognise their rights in general. Participants reflected on how for instance they now feel they have more control over determining how many children they have, which previously they did not.”

“As part of the project I was also able to support women who had gone through FGM by directing them to services and providing them with a counsellor who agreed to do pro-bono work for the project. I am also delighted to say that four of the women graduating today will go on to become trainers in the next phase of this important anti-FGM work.” She continued.

Neo Gilson, who took part in the training, had this to say: “I’ve learnt that FGM is a gross violation of human rights. Its oppressive to women.  FGM is illegal in Ireland and is a punishable offense.

Following the training I’d like to see the Irish government incorporate FGM as part of curriculum in schools to alleviate stigmatisation and make it part of the curriculum in training of frontline workers so they know how to identify and refer potential FGM cases for remedial intervention.”

Jennifer Onyemachi, who also participated in the training, added. “I’d like to call on the government to set up more clinics around Ireland, in addition to the clinic in Dublin, that offer support/ recovery to females affected by this.”

Participant Zandile Ndlovu added: “I’d like to see more courses such as this one made available at a community level and for the government to work together to end FGM.”

ActionAid is calling on the government to adopt an inter-departmental national plan to address FGM, which could encompass all of the asks of the participants, including additional education, training of frontline workers, clinics outside of Dublin and more trainings available to women.