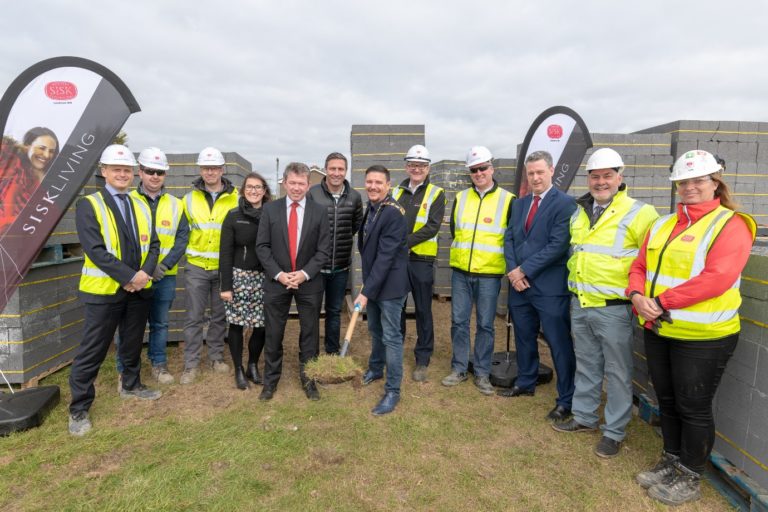 The Mayor of South Dublin County Council, Cllr Mark Ward, turned the sod on the 63 social housing units on undeveloped lands located at St Cuthbert’s Park, Lealand Road, Deansrath, Clondalkin, Dublin 22 recently. The development will consist of 45 three bedroom / four-person units and 18 three bedroom / five-person houses.  All units are designed to hold a minimum Building Energy Rating (BER) energy performance of A3. The development will consist of two storey houses primarily grouped in terraces, four groups of semidetached houses and six detached houses. The works will include a new access route off Lealand Road, landscaping works, and all necessary associated ancillary works on the site and adjacent areas. The site is bounded by Lealand Road to the east, Lealand Ave, Lealand Walk and Deansrath Community College to the south, and St Cuthbert’s Park to the north and west. The site is well served by public transport, schools, green space and local facilities.

Mayor Ward said “I’m delighted to be able to mark the start of construction of these houses in at St Cuthbert’s Park, Deansrath. There is an established housing need in this area of Clondalkin, and this development starts to address these needs. This provision forms part of the Council’s commitment to driving the building of social housing units in the County over the next few years and comes as local authorities across the country are highlighting the development and provision of housing through the #HousingFocus campaign”.