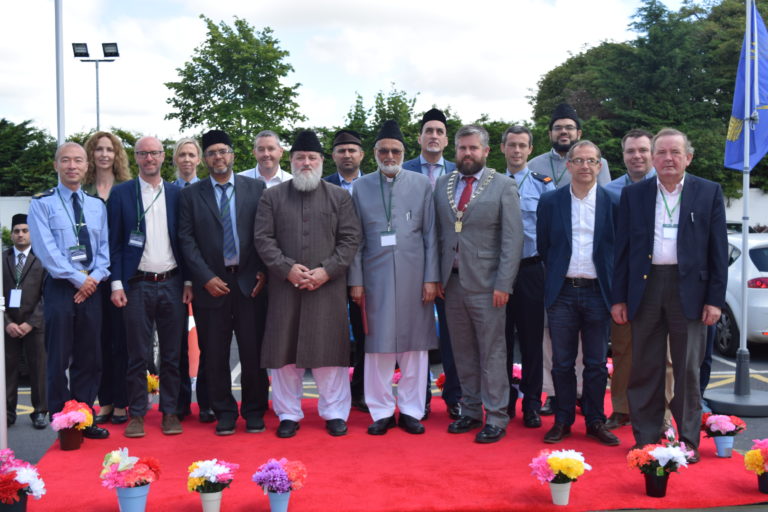 Muslim Convention in Ireland concluded, reaffirming rejection of violation and extremism, and loyalty to country of residence. The Ahmadiyya Muslim Association, Ireland held its 18th Jalsa Salana (Annual Convention) on, Sunday, 14th of July 2019 at Glenroyal Hotel Maynooth co. Kildare. Muslims all over Ireland attended the convention and reaffirmed their rejection of violence and extremism, as the community is totally committed to eradicate any kind of extremism from Islam.

It officially began with a flag hoisting ceremony in the morning at 9.50 AM in which the Irish Tricolor, and the flags of the four provinces was raised, along with the Ahmadiyya Muslim Community flag. It was attended by  people from all walks of life including representatives from all political parties in Ireland, faith leaders and members of Garda Siochana. Cllr Peter Kavanagh, representing Mayor of SDCC,  addressed the audience and praised the Ahmadiyya community Ireland for holding such events and promoting peace.

Addressing  the audience, Inspector Bary Mills at the Ahmadiyya Muslim Annual convention 2019, applauded the community for its worldwide charitable and peace promoting activities. 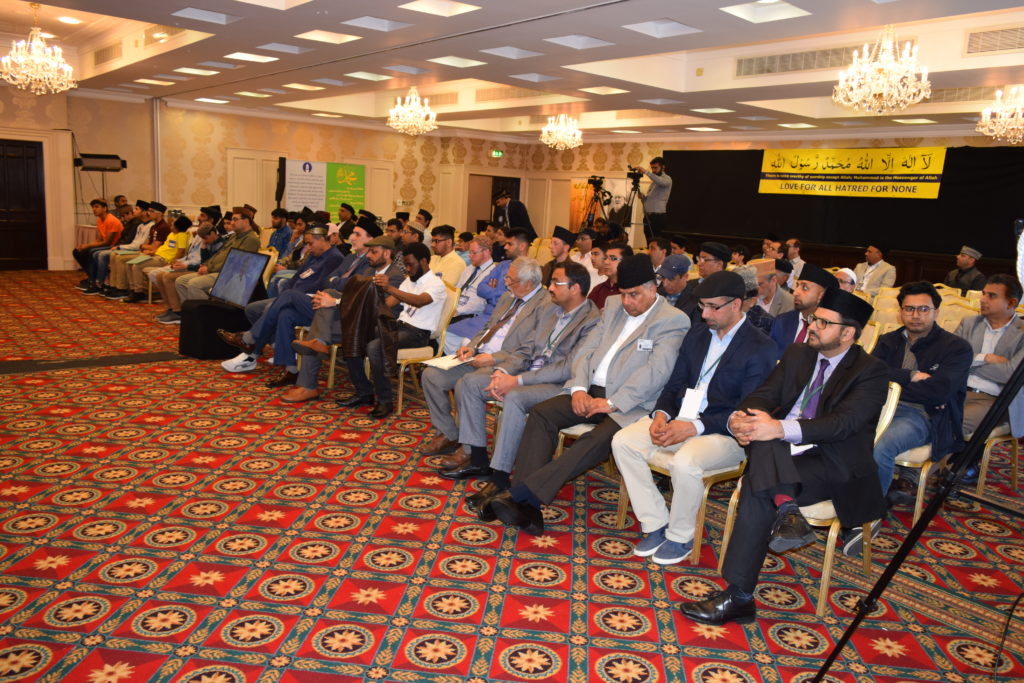 A book stall and exhibition on the community’s history in Ireland, key Islamic beliefs and topics was also on display. This whole programme was recorded by team of Muslim Television Ahmadiyya
Ireland for MTA international. The programme was simultaneously translated in English and Urdu Languages.  Dr Anwar Malik, National President, Ahmadiyya Muslim Association, Ireland
addressed  the audience  and welcomed the guests.

The Imam of Western Europe, Biggest Mosque , Baitulfatuh Mosque in Morden London , Maulana, Imam Naseem Bajwa Sahib,  who also address the attendees as a representative of Supreme Leader of Ahmadiyya Muslim Community , His Holiness Hazrat Mirza Masroor Ahmed , May Almighty be his helper.  Imam Ibrahim Noonan, Missionary In-charge Ahmadiyya Muslim association and Imam Galway mosque also addressed the audiance. The Ahmadiyya Movement in Islam was founded in India in 1889 with a strong emphasis of peace over violence and tolerance over extremism. Motto of the movement is “Love for all, hatred for none”.