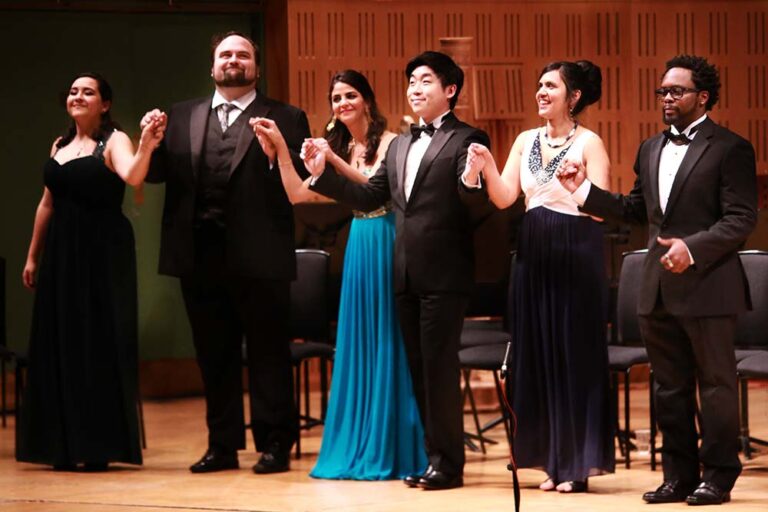 Competition. The event will take place in Dublin’s National Concert Hall from 25th to 30th August and will also be broadcast live on RTÉ Lyric FM.

Auditions were held last autumn in Florence, Vienna, Munich, Warsaw, London and Dublin, and a total of 170 applications were received. Singers from Ireland and around the world will participate in the 2022 competition. Included are representatives from England, Scotland, Germany,Switzerland, Poland, France, Italy, Russia, South Africa, Israel, South Korea, USA and Canada.

Professor Diarmuid Hegarty, President of Griffith College, said: “I find it particularly poignant, only a year after Ronnie’s death, to be preparing for the competition without her. During our recent auditions, it was uplifting to observe how highly regarded we are as a major international singing competition by the world’s most prestigious opera houses and studios, and to discover exciting talent from their Young Opera Programmes. Through the competition, we will continue realising Ronnie’s dream of nurturing young singers in Ireland to reach the highest possible standard to compete confidently with their counterparts internationally”.

The Competition is sponsored by Griffith College, Hinch Distillery, The Department of Tourism, Culture, Arts, Gaeltacht, Sport and Media, National Symphony Orchestra, the Merrion Hotel, RTÉ Lyric FM and the National Concert Hall. The event will take place at the National Concert Hall, Dublin, with first rounds from Thursday 25 to Sunday 28. The final with the National Symphony Orchestra under the baton of Maestro Laurent Wagner will be held at 7.30 pm Tuesday August 30th with Liz Nolan as MC. Further information can be found at vdiscompetition.com and www.nch.ie.

226 day turnaround for issuing taxi licences must be addressed

Programme to provide opportunities for youth in Ballyfermot & Cherry Orchard